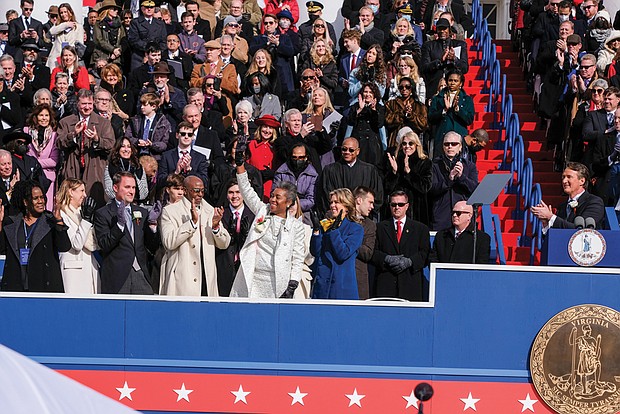 Lt. Gov. Winsome Earle-Sears stands and waves to the crowd as she is recognized by Gov. Glenn A. Youngkin during his inaugural address. The new governor reminded the crowd of the diversity of the state’s newly elected GOP leadership.

By 9:30 a.m. last Saturday, a line of people extended outside the gate of Capitol Square from 9th and Grace streets all the way to 8th street as they waited to be screened by Capitol Police and allowed to enter the inauguration of Gov.-elect Glenn A. Youngkin.