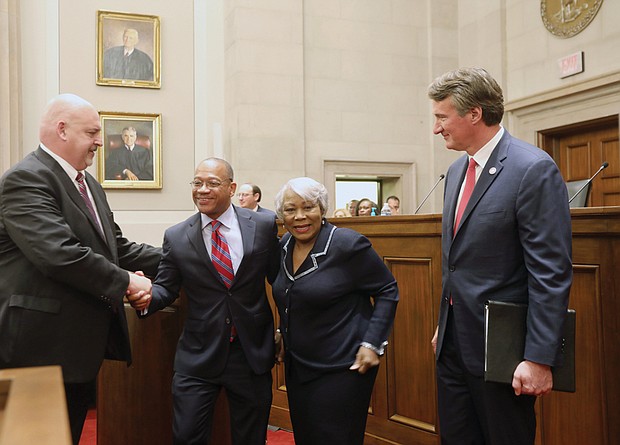 peaker of the Virginia House of Delegates C. Todd Gilbert, left, congratulates the newly sworn-in chief justice of the Supreme Court of Virginia S. Bernard Goodwyn, second from left as President Pro Tempore of the Senate of Virginia L. Louise Lucas hugs him and Gov. Glenn A. Youngkin looks on.