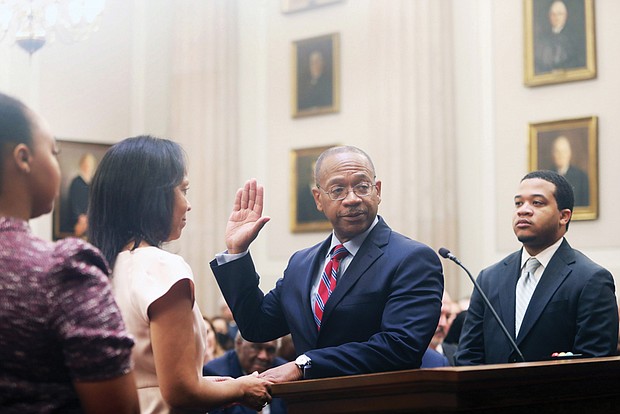 Chief Justice S. Bernard Goodwyn, center, holds his right hand up as his left hand is on the Bible held by his wife, Sharon S. Goodwyn, as his daughter Sarah E. Goodwyn, left, looks on along with his son Samuel J. Goodwyn during the administration of the oath Wednesday in the chambers of the Supreme Court of Virginia.