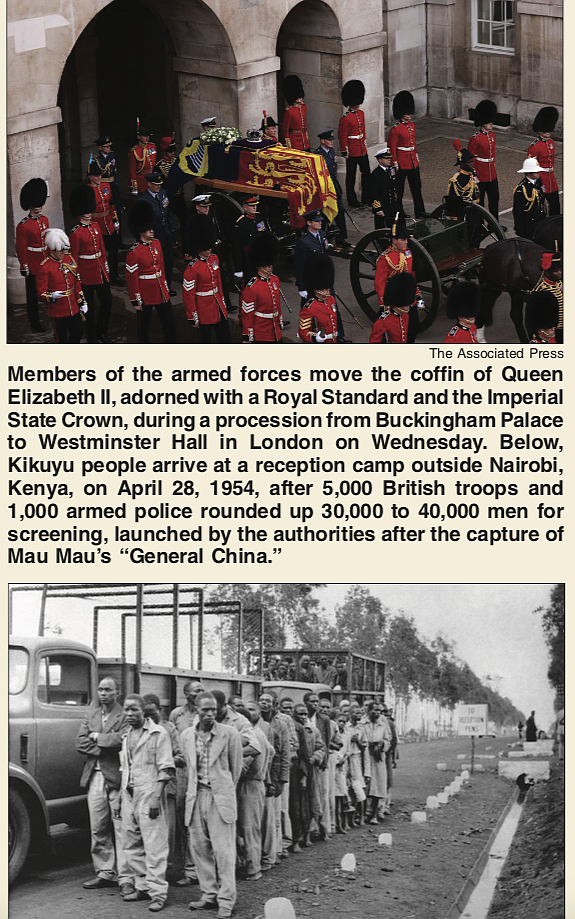 Former colonies conflicted over the queen

The coffin of Queen Elizabeth II, who died Sept. 8, left Buckingham Palace for the last time Wednesday, borne on a horse-drawn carriage and saluted by cannons and the tolling of Big Ben, in a solemn procession through the flag-draped, crowd-lined streets of London to Westminster Hall. There, Britain’s longest-serving monarch will lie in state for the world to mourn.