Spotlight on first African-American president of Junior League of Richmond 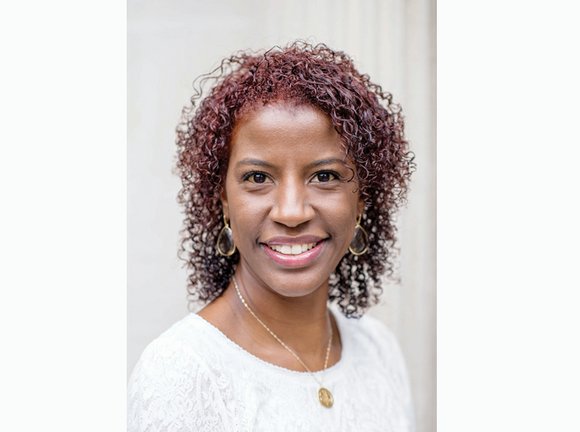 Monica Brinkley Davis does not take lightly her role as a trailblazing officer of the Junior League of Richmond.

The Henrico County resident is the first African-American president of the 89-year-old organization, whose mission is to train strong female leaders through community service and to strengthen communities.

“I am honored and blessed to serve as the first black president of the Junior League of Richmond,” Mrs. Davis proudly says.

She stepped into the post in June 2014. Her yearlong term will end next month.

She said the Junior League welcomes “women of all races, religions and national origins who wish to join and share their interest in and commitment to voluntarism to come be a part of this amazing legacy,” she said. “We value the differences and experiences of our membership, as that is what enables the Junior League of Richmond to reach and impact the community we serve.”

“I was invited to become a member by a friend,” she recalls. “I was looking for volunteer opportunities in the area. I also wanted to learn about the needs of the community that had become my home. The Junior League provided the opportunity to meet both of my needs.”

Mrs. Davis worked her way up the ladder to become the president of the organization that is comprised of nearly 1,000 members.

She says she chose to serve as president “because I wanted to put my League training to the test.

“I have had the opportunity to serve with 11 women (presidents) who I watched blossom as leaders and nurture the spirit of the League in this role,” she adds. “I’m hopeful my service to the organization in this role will make our past presidents and members proud.”

One of her last acts as president will be to lead the league’s annual fundraiser — the 70th annual Book & Author Event at 7 p.m. Wednesday, April 29, at the Greater Richmond Convention Center, 403 N. 3rd St. in Downtown. Five authors are scheduled to discuss and sign their books of hope, humor and inspiration.

Last year’s event raised more than $53,000 to assist the league in its community service efforts.

In her professional capacity, Mrs. Davis is talent development manager for MeadWestvaco Corp., a global packaging company based in Richmond.

Here’s a look at this week’s Personality, Monica Brinkley Davis:

Date and place of birth: Jan. 8 in Baltimore.

Alma maters with degrees: The University of Virginia, bachelor of arts in English language and literature, 1997; Averett University, MBA, 2005.

When Junior League of Richmond was formed: 1926.

Requirements for membership: Must be a woman at least 21 years old, with a love of voluntarism, improving the Richmond community and developing your personal potential.