Tale of the tests 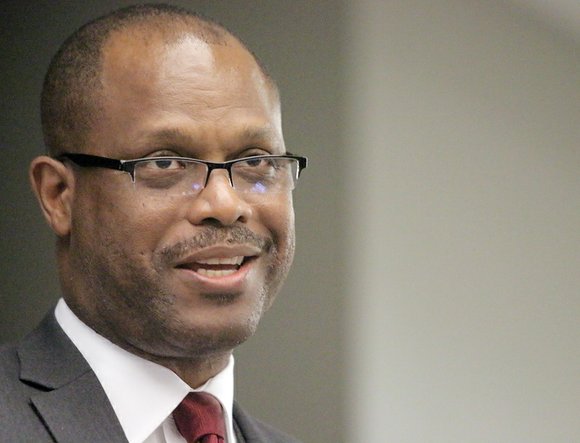 Among the unsolved mysteries in reviewing the test results is the collapse of learning at the middle school level. It has been going on for years, and no one yet has a solution, even though the city school system and the VDOE have been investing heavily in consultants and specialists to try and change the situation.

However, just 46 percent of Richmond’s sixth-grade students passed their SOL reading tests, even though they are just one year older than the fifth-graders.

And in eighth grade, 46 percent of Richmond students passed the most recent round of SOL reading tests. That was an improvement from the 33 percent pass rate of 2014, but still less than 50 percent and far short of the SOL success rates among younger and older students.

Among the most seriously troubled middle schools is Martin Luther King Jr. in the East End, which fills one of the city’s newest school buildings that opened in January 2014.

Despite the virtually brand new space, only a tiny fraction of the students apparently are paying attention in class.

According to the results the state released, only one in four Martin Luther King Middle School students in grades six to eight passed their SOL reading tests.

Among the school’s eighth-graders tested in reading in the spring, only 23 percent had passing scores, down 9 percentage points from spring 2014 test results.

The school-by-school results show some extremely positive stories, as the following sample shows.

This year, at Fairfield Elementary School, located in an East End public housing community, 90 percent of fifth-graders at the school passed their SOL reading tests, a huge gain from 2014 when only 45 percent did.

The pass rates in math were equally stellar for the fifth grade, jumping from 68 percent in 2014 to 92 percent this year.

At Albert Hill Middle School in the West End, the pass rate in sixth-grade math rose from 27 percent in 2014 to 55 percent this year.

And in eighth-grade reading, the pass rate at Albert Hill rose from 32 percent in 2014 to 70 percent this year.

The eighth-grade pass rate in math also jumped from 31 percent in 2014 to 67 percent at the public military school.

A closer look at the figures also shows that there are learning gaps between different groups — just as is the case statewide.

The VDOE acknowledged that pass rates for black and Hispanic students still trail white students, with that trend also evident in Richmond.

The results do not come with an explanation for the wide divide between the different groups.