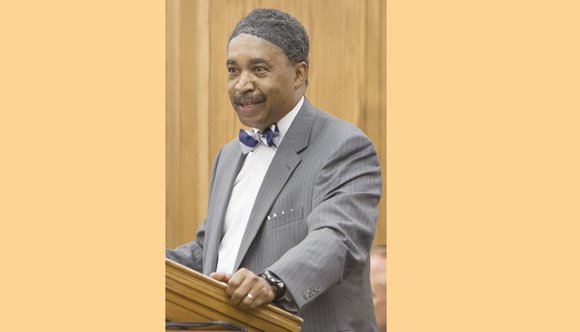 In a second case in which a child died after being left in a car on a blistering hot day, he said sentencing the father to limited jail time and long probation allowed Social Services to monitor the family and kept the man’s nine other children from being thrown into foster care.

Still, his chances of going on the Supreme Court are becoming slimmer.

Justice Roush will remain on the court unless the House and Senate replace her during the next legislative session.

Her current temporary appointment expires Sept. 16, which is 30 days after the special session convened.

However, Gov. McAuliffe has said he will reappoint her to the Supreme Court after the full General Assembly adjourns, expected by Aug. 31. The state Constitution does not allow the one or both chambers to stay in session to block the governor from making such recess appointments.

The governor could keep reappointing her so long as both chambers cannot agree on another candidate.

The judicial fight mirrored the Republican-Democratic division over redistricting. Any meager hope that the House and Senate could agree on a redistricting plan fell apart when the Sen. Watkins again joined Democratic senators to vote to adjourn their chamber, leaving the House unable to do anything.

After the Senate adjourned, Gov. McAuliffe called the special session “a waste of $400,000,” and announced he would leave the redistricting to the three-judge panel that ruled the 3rd District unconstitutional.

The court ultimately could give Republicans the win. Legal experts expect the court likely would make small changes to fix the 3rd District and would avoid the wholesale changes the Democrats want.