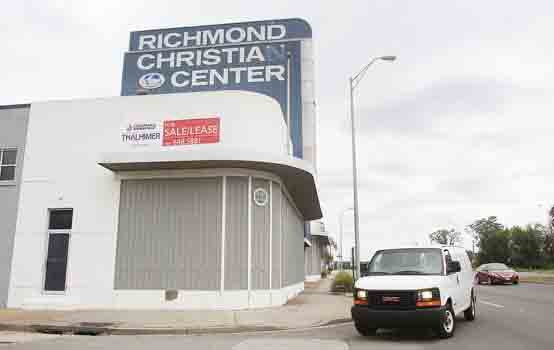 The 300-member Richmond Christian Center is poised to leave bankruptcy after nearly two years, with the finances of the South Side church restored.

The U.S. Bankruptcy Court is to consider confirming on Sept. 9 a reorganization plan a court-appointed trustee has submitted to end the bankruptcy. Creditors also would be able to vote on the plan before the court enters its decision.

The plan submitted to the U.S. Bankruptcy Court in mid-July provides for revamping the major debt, a defaulted loan and paying 100 percent of the money due to other creditors over a three-year period.

The plan includes a statement from church members that “we are committed to saving Richmond Christian Center,” whose sanctuary is at 214 Cowardin Ave.

In order to make the plan work, the current membership is required to commit to raising $200,000 to cover the costs of reorganizing and other administrative fees that would put the church on a firmer financial footing.

A main element of the plan calls for Foundation Capital Resources, a Missouri-based church lender, to restructure its 2005 loan to the church.

FCR’s attempt to collect on the loan in 2013 by seeking to foreclose on the church’s sanctuary led to the bankruptcy filing. At the time, FCR claimed default on the original $4.4 million loan, although FCR later acknowledged that the church had paid off more than $2.2 million.

At the time, church founder Stephen A. Parson Sr. was still the pastor. He was removed from financial control and the pulpit earlier this year. At this point, it is unclear whether he will return.

According to a church history included with the plan of reorganization, Mr. Parson and his family launched RCC in December 1983 in the living room of his home.

RCC quickly grew to 1,000 members in three years and had more than 10,000 active members within 10 years. It also drew attention for starting community programs to develop housing and find jobs for community residents.

The church membership, though, quickly fell after Mr. Parson divorced his first wife in the early 2000s and remarried, in violation of the church’s longstanding ban on divorce, according to the history. More people left after Mr. Parson began pushing multilevel marketing schemes, the filing states, ultimately ending in the bankruptcy filing.

During the bankruptcy, Mr. Parson, his son, Stephen A. Parson Jr., and others faced accusations of mismanagement and improper use of church resources. Most of the disputes have been settled.

“Despite our decrease in numbers, there is still a strong group of members that believe in the ministry and are willing to continue supporting the vision,” the filing states.

“The average weekly tithes and offerings have remained steady for the past two years at approximately $7,000 a week, (which) serves as a sure foundation to secure our future. We are committed to saving Richmond Christian Center.”

Meanwhile, another church, Mountain of Blessings Christian Center in Henrico, which had bid to buy the RCC property during an auction, is struggling to regain nearly $200,000 that it had put into an escrow account for the purchase. The sale was stopped when the court ws advised of the reorganization plan.