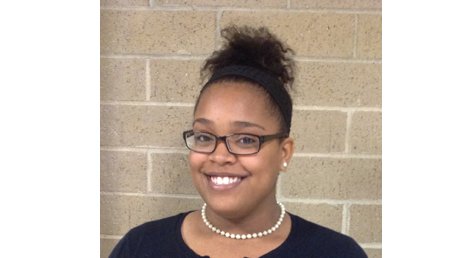 Unbeknownst to many Richmonders, another “mayor” has been serving in the city other than Mayor Dwight C. Jones.

She is Shakera Kalise Vaughan. She has been the mayor of the Future Leaders Council of the Mayor’s Youth Academy since October 2014.

Shakera’s term is scheduled to expire at the end of August. The Open High School graduate then departs for her first year at Georgetown University in Washington.

As mayor, she heads the leadership council that serves as a youth advocacy program for young people ages 14 through18 who live in Richmond.

Launched by Mayor Jones in 2010, the Mayor’s Youth Academy is designed to develop leadership and workforce skills among local youths. The academy has several components, including the Future Leaders Council, which exposes young people to career possibilities, training for jobs in various fields and personal development.

Members of the leaders council previously have served in the academy’s summer programs, according to the city website. Shakera, 18, says she was “super shocked” when her peers on the council elected her as mayor.

“I was reluctant at first, but it probably is the best decision I’ve made,” she says.

The position helped her “to acclimate myself with not only leading, but also helping to make a difference,” she stated.

“I thought a youth mayor was someone who was super serious and overly tedious. But I later came to realize that a youth mayor is what you make of it,” she says. “It gave me such honor, and to this day I still can’t believe that I was elected to serve in this position.”

Shakera certainly has shown she’s a standout leader since she was accepted into the Mayor’s Youth Academy during her sophomore year at Open High School in Oregon Hill. She finished high school with a stellar 4.6 GPA.

Not surprisingly, Shakera plans to pursue a degree in government at Georgetown.

“Government is something that I naturally understand and sincerely like,” she says.

Though she’s about to end her stint as mayor, Shakera says her passion for advocacy “will never end.” Ultimately, she aspires one day to be Virginia’s Superintendent of Public Instruction to “change the school systems for the better.”

Date and place of birth: June 16 in Charlottesville.

Family’s reaction to being elected youth mayor: My family is my biggest support system. They honestly support me in every aspect you could think of. They were immensely proud of me.

What I did to prepare for the post: I participated in the Future Leaders Program the previous year so I was at least familiar with the mission. I also wrote a really long-winded speech that was emotional and amusing at the same time.

How I think I did: Like I said earlier, I believe my work won’t ever truly be done. I tried my best to work as hard as I could and I would like to think that my efforts were perceived well.