Fight over Richmond Christian Center property on South Side continues 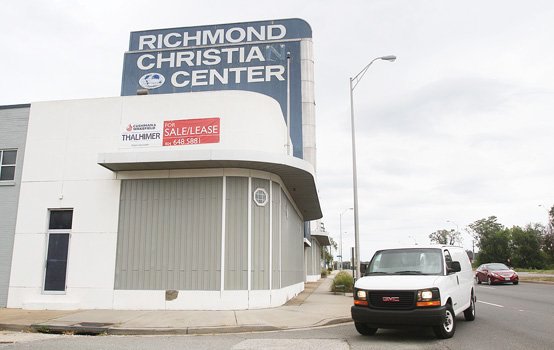 However, the RCC property has never been transferred, the suit states.

Judge Phillips declined to order RCC to make the transfer happen, and RCC never took any steps to allow Mountain of Blessings to complete its purchase.

Since then, Judge Phillips has named attorney Bruce Matson as a trustee for RCC and its property.

In his report to the court in February, Mr. Matson rejected the sale. Instead, he told Judge Phillips that the remaining RCC congregation continues to be committed to the church and should be given an opportunity to refinance its debt and regain solvency.

At the same time, Mr. Matson reported that RCC’s founding pastor, Stephen A. Parson, had been removed from control of the church’s finances. Mr. Parson also left the pulpit.

The judge permitted the trustee to proceed in aiding the church to regain its financial footing.

Mr. Matson stated at the time that he planned to recover RCC money and assets from Mr. Parson and others whom he believes were not entitled to it.

“First the debtor (RCC) and then the trustee (Mr. Matson), without cause and in breach of contract, have failed and refused to close under the purchase agreement of sale approved by the court,” the suit states.

Just as importantly, the suit states that the trustee “lacks now, and will lack at all time, sufficient cash so as to pay all damages suffered by Mountain of Blessings … as required by bankruptcy law.”

Mountain of Blessings would need to spend nearly $6 million to build a property similar to the RCC property it planned to acquire, the suit notes.

Mr. Matson and the trustee board of RCC have yet to respond to the Mountain of Blessings suit. No trial date has been set.