Only 17 of 45 city schools get full accreditation 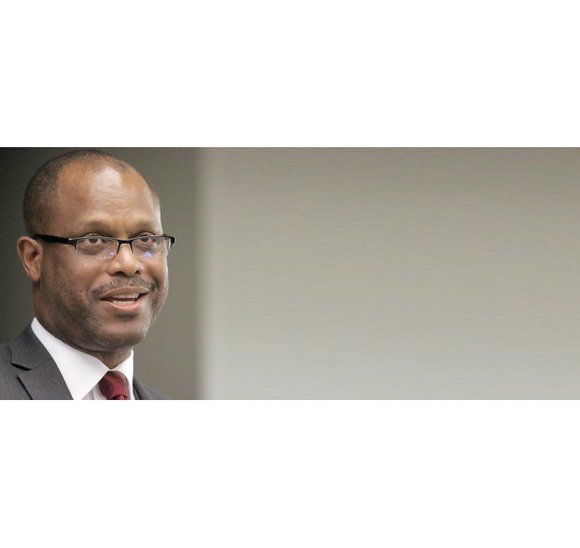 That’s an increase of six schools from last year when only 11 city schools met state standards for accreditation, and up by four from 2013 when 13 schools met the mark.

Full accreditation means 75 percent of students passed state Standards of Learning tests in English and reading, and at least 70 percent passed in other subjects.

Despite the improvement, the accreditation results that the Virginia Department of Education released Tuesday mean that only 38 percent of the city’s 45 schools rated a full thumbs-up from the state and 62 percent did not.

The seventh middle school, Elkhardt-Thompson, was conditionally accredited as it is considered a new school in which students were not tested.

Richmond is not alone in having troubled schools. Henrico had 20 schools out of 68 that failed to make full accreditation, most notably L. Douglas Wilder Middle, which again was denied accreditation. Chesterfield also had nine schools that fell short of full accreditation out of its 62 schools.

Nonetheless, Richmond’s percentage of accredited schools still ranks near the bottom among school districts in the metropolitan area. State data show 2012 was the last time a majority of city schools were accredited. That year, 32 Richmond schools made the grade.

There were several bright spots in the report.

These results ranked Carver No. 1 among city elementary schools, with its test results superior to William Fox, Linwood Holton and Mary Munford, schools that traditionally have been considered among Richmond’s best and that have attracted a larger share of white students.

Five other schools also improved from being warned for poor test results to full accreditation, including Southampton and Stuart elementaries and three other high schools, Franklin Military Academy, Huguenot and John Marshall.

But there were plenty of lows in the report.

Woodville Elementary in the East End is one example. There, only 33 percent of students passed the SOL tests in reading and in math, while only 30 percent passed the science test, a dismal result for a school that has been flooded with volunteer mentors and tutors.

The same kind of dismal results showed up at Martin Luther King Jr. Middle School, where students are housed in a brand new building.

Despite state-supported improvement programs and principal shakeups, student success continues to be very low. Only 30 percent of students passed the SOL English tests and only 24 percent passed SOL science tests, with test results in math and history only slightly better.

Anyone hoping charter schools could make a difference would find little support from the Patrick Henry School of Science and Arts, where only 64 and 62 percent of students passed reading and math tests, respectively. Patrick Henry’s accreditation was listed as “to be determined.”

Even so, Dr. Bedden praised “students and staff for their hard work and continued progress in meeting and exceeding state standards.”

“Despite the challenges of limited resources and aging facilities, our students and staff continue to demonstrate an unwavering commitment to academic excellence, with the support of our parents and community,” he said.