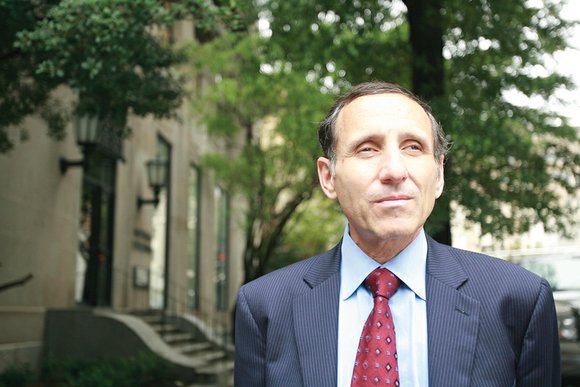 Those advising political candidates hope to gain a winning advantage by spotting key, unexpected trends long before the actual voting.

Admittedly, the Virginia Democratic presidential primary voting isn’t until March 1, 2016, with the field in limbo as front-runner Hillary Clinton and her main rival, U.S. Sen. Bernie Sanders of Vermont waiting to learn whether Vice President Joe Biden will run.


But a careful analysis of public opinion polls finds an unprecedented trend has already developed: The power of African-American women to choose the winner of the Virginia presidential primary, potentially a bellwether in the overall Democratic nomination fight.

This trend didn’t exist in 2008. Democratic presidential candidate Barack Obama would have won easily in Virginia if only white Democratic voters were counted. He swept nearly all groups across the board.

When the 2016 Democratic presidential nomination battle started, the “experts” said Mrs. Clinton would be even stronger, citing her 73 percent support among Democrats in national polls. The numbers were even higher in the Southern states.

But the continuing email controversy has changed the political landscape.

White men, roughly 25 percent of the 2008 Virginia primary vote, have deserted her.

But the “experts” tell her backers not to worry because “Hillary has the white female vote locked up.” They falsely believe this voting group — 35 percent of the 2008 primary vote — remain her bedrock, unshakeable constituency. They should study prior voting history.

The latest polls finally prove my point: Mrs. Clinton no longer would win the majority of white women in a three-way race. If this trend continues, she likely would lose the white female vote in a two-way race. Given the unique dynamics of 2008 when now-President Obama helped increase the turnout of African-American voters, the percentage of white voters participating in the total 2016 primary vote is likely to increase.

Meaning: Hillary Clinton’s “do-or-die” political base comes from African-American — not white — females. They compromised 17 percent of the 2008 primary vote.

She gets 90 percent or more support now from African-American women. If this backing holds, then further losses in the support among white women can be weathered. But if Mrs. Clinton’s support drops to 67 percent among African-American females — still very impressive statistically — then she enters the danger zone.

African-American men also are overwhelmingly in Mrs. Clinton’s corner. But in terms of political analysis, it is the women driving the politics.

“Experts” citing Mrs. Clinton’s generalized gender advantage are missing the real picture. Trend lines can change, of course, and the actual voting isn’t until next year.

But right now, the power to pick the nominee of the party favored to win the 2016 presidential election rests with African-American women. That’s historic.

The writer was a senior adviser to former Govs. L. Douglas Wilder and Mark R. Warner.