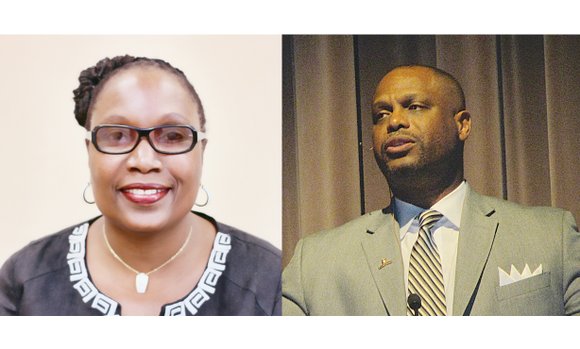 Richmond Public Schools — dominated by African-American administrators and teachers — is being accused of fueling the “school-to-prison pipeline” through a regime of discipline that punishes mostly African-American students, particularly those with disabilities.

The goal: To gain reforms that will lead the school district to “adopt strategies that improve the school climate and ensure discipline policies that are fair for all students,” said Lynetta Thompson, president of the Richmond NAACP.

“There is overwhelming evidence that the school division’s discipline policies are excessively punitive and lack clear standards,” according to Rachel Deane of the Legal Aid Justice Center, which along with the ACLU of Virginia, is representing the complainants.

“Overly punitive discipline policies damage the learning environment, deny African-American students and students with disabilities of their right to an education and push children into the school-to-prison pipeline,” according to Leslie Mehta, legal director of the ACLU of Virginia.

The concern about RPS’ discipline policies hits a school district already facing major challenges. Not only is RPS a state leader in high school dropouts, it also ranks among the worst school districts in the state for student achievement scores on state Standards of Learning tests.

In a statement issued on behalf of Superintendent Dana T. Bedden, the school system pledged to cooperate with any federal probe resulting from the complaint, but also noted that concerns about discipline already are being addressed.

Expressing disappointment that the complaint was not brought first to RPS for resolution, the statement noted that “Richmond Public Schools is working diligently to ensure all disciplinary actions are fair and consistent.”

Among other things, RPS has ended zero-tolerance policies and overhauled the Student Code of Responsible Ethics. In addition, RPS stated that the system of discipline has been revamped to take into account “the nature and seriousness of the violation, the student’s age, the student’s previous disciplinary record and any other relevant circumstances in determining the most appropriate school interventions or consequences based on each student’s grade level and behavior.”

Despite the rarity of a majority-black school division being accused of racial bias, Richmond’s discipline situation is not that unusual. A recent report by the Legal Aid Justice Center contains data showing African-American students receive more discipline, are hit with more suspensions and receive more referrals to courts than any other racial group of students in Virginia. The report finds that pattern exists in virtually every school division with large numbers of African-American students.