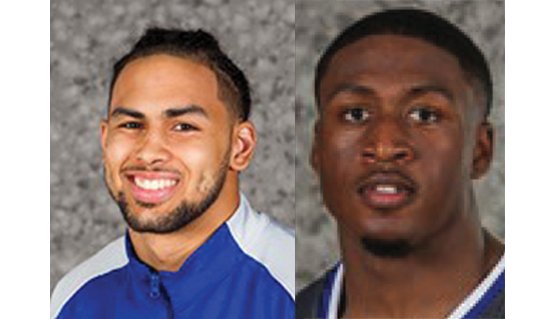 Its archrival, Norfolk State University, however, has the last regular season laugh, as well as hometown advantage, heading into this week’s MEAC Tournament at the Norfolk Scope.

Coach Ed “Buck” Joyner’s HU Pirates won last year’s tournament in upset fashion, beating the No. 1 and No. 2 seeds. And the HU Pirates are certainly among the favorites this go-round.

HU will travel across the Hampton Roads Bridge-Tunnel to the Norfolk Scope as top seed, with an 18-10 overall record and 13-3 worksheet within the MEAC Conference.

But in its last scheduled game on March 3, the Pirates lost 83-63 to NSU at the Spartans’ Echols Hall. The Pirates won their first meeting 86-76 on Jan. 30 in Hampton.

NSU enters the tournament at 16-15 overall and 12-4 in the conference — and with the momentum of blitzing its next door neighbor.

The Spartans last won the MEAC title in 2013, when the team famously went on to stun No. 2 seed University of Missouri in the NCAA regionals.

Hampton University prevailed last year at the Scope, then scored an NCAA First Four victory over Manhattan College in Dayton, Ohio. The Pirates then were eliminated by the University of Kentucky in Louisville.

The Pirates are led by two game-changing transfer players, 6-foot-6 Quinton Chievous from the University of Tennessee and 6-foot-2 Reginald Johnson, Jr. from Ohio University.

HU also led MEAC in attendance this season by a wide margin, averaging 4,359 fans in 11 dates at the Hampton University Convocation Center. NSU, by contrast, averaged a disappointing 1,991 fans in 11 home games.

From Hampton’s Phoebus High School, Daniel played in the Richmond area for the AAU Team Loaded as a 15-, 16- and 17-year-old.

The MEAC champion will almost surely be place again in the First Four in Dayton, Ohio, March 15 and 16.

The NCAA pairings largely are based on the Ratings Percentage Index (RPI). Out of 351 Division I schools, the highest rated MEAC school is HU at 177.