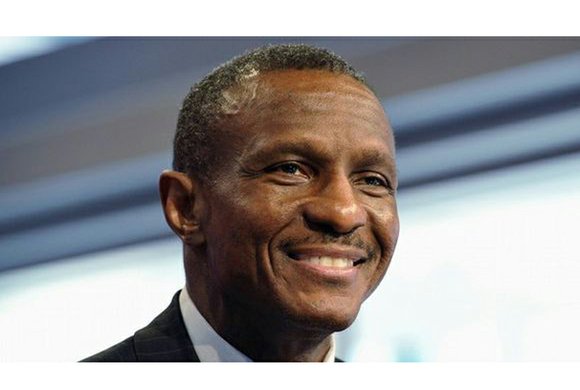 With the slogan “We the North,” the Toronto Raptors have reached the NBA Eastern Conference finals for the first time in franchise history.

The winner of that best-of-seven elimination series will advance to the NBA finals against the survivor of the NBA Western Conference final between the Golden State Warriors and the Oklahoma City Thunder.

For Raptors fans around Richmond, here are some facts for the next playoff party.

In the beginning: The Raptors were a 1995 NBA expansion team, along with the Vancouver Grizzlies of Canada, who have since moved to Memphis.

The old Buffalo Braves — now the Los Angeles Clippers — played some games at Toronto’s Maple Leaf Gardens from 1971 to 1975.

Raptors? Chosen by a vote of the fans, the name was influenced by the science fiction novel “Jurassic Park,” featuring a velociraptor, a flying dinosaur. A raptor is a bird of prey.

Geography lesson: While Cleveland is in Ohio and Toronto is in Ontario, they are practically “backyard rivals.” The cities are just 290 miles apart.

Far from home: Emerging as the Raptors’ rim protector is Bismack Biyombo from Zaire, now the Democratic Republic of the Congo, in Africa. The 6-foot-9, 245-pound, 23-year-old Biyombo had 17 points and 16 rebounds in 41 high-energy minutes in Game 7 against the Miami Heat.

Biyombo, who never played collegiately, is one of nine players on NBA rosters from sub-Saharan Africa. There were a total of 101 international players from 36 countries on NBA opening night rosters this year.

Famous fan: While filmmaker Spike Lee is a courtside regular at New York Knicks games, the Raptors’ celebrity spectator is singer-songwriter Drake, a Toronto native who has been billed as the Raptors’ “Global Ambassador.” There is even a “Drake Zone” at Air Canada Centre where fans dress alike.

X’s and O’s: Calling the shots from the sidelines is Dwane Casey, one of just six NBA African-American head coaches.

Lowry, who played at Villanova, and DeRozan, from University of Southern California, averaged a combined 45 points per game for the season.

Part-time heroes: The Raptors claim three Naismith Basketball Hall of Famers, although none are “all their own.”

Center Hakeem Olajuwon played just one season for Toronto after spending his first 17 NBA seasons with the Houston Rockets.

Wayne Embry, the NBA’s first African-American general manager, ran the show in Milwaukee and Cleveland before coming to Toronto.

Local connection: Former Benedictine High School star Ed Davis was the Raptors’ first-round draft pick in 2010. Davis played with Toronto until 2013, and is now with the Portland Trail Blazers.

Black history: The Toronto Blue Jays won baseball’s World Series in 1992 and in 1993 under Cito Gaston, the first African-American manager to win the fall classic.