Toronto Raptors ready to claw victory from the 76ers 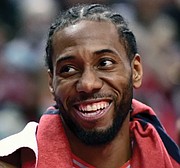 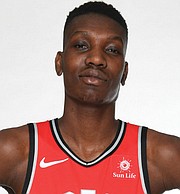 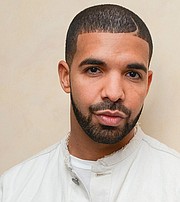 With the slogan “We the North,” the Toronto Raptors threaten to change the NBA’s initials to the IBA — International Basketball Association.

The league’s lone Canadian franchise had the NBA’s second best regular season record this season (58-24), behind the Milwaukee Bucs, and is tops overall over the last two seasons (117-47).

While past Raptors squads have tripped up early in the playoffs, this year’s team under Coach Nick Nurse has hastened the pace with a first round 4-1 rout of the Orlando Magic.

The Canadians closed out the Magic with a definitive 115-96 victory that sends the team into the Eastern Conference semifinals against the Philadelphia 76ers, the 4-1 game winner over the Brooklyn Nets.

Oh Canada: Kawhi Leonard may be the best thing to hit Canada since maple syrup, Niagara Falls and Wayne Gretzky.

Since the NBA’s inception in 1947, rarely has a team won it all without one of the league’s premier individual talents. That’s where the 27-year-old Leonard takes his bows for the Toronto Raptors.

Obtained in the offseason from the San Antonio Spurs for DeMar DeRozan, the 6-foot-7 Leonard averaged 27 points, eight rebounds and four assists during the regular season, playing just 26 minutes per game.

A threat from anywhere, Leonard is among the few worthy of pledging the “50-40-90 fraternity,” which means shooting 50 percent from the field, 40 percent from outside the arc and 90 percent at the foul line.

Leonard is famous for his enormous hands — stretching 11.5 inches from the tip of thumb to the tip of his pinkie.

He is also among the league’s quietest players off the floor, rarely agreeing to interviews, keeping his thoughts to himself and avoiding social media at all costs.

That said, he let’s playing do his talking. His game speaks volumes: In 2014, Leonard was MVP of the NBA Finals for champion San Antonio.

From near and far: The Raptors’ closest thing to a hometown hero is 6-foot-10 backup center Chris Boucher, who grew up speaking French in his homeland of St. Lucia. He moved to the Montreal area as a youngster and has dual Canada-St. Lucia citizenship.

Other Raptors with international roots are OG Anunoby from England, Marc Gasol from Spain, Serge Ibaka from the Republic of the Congo and Pascal Siakan from Cameroon.

Then there’s guard Jeremy Lin, a Harvard University graduate who’s among the few of Chinese or Taiwanese ancestry to reach the NBA.

The Rappin’ Raptor: Among the squad’s most passionate fans is Toronto born rapper Drake, who first coined the team slogan, “We the North.”

Drake was named as the team’s “Global Ambassador” in 2013 and served as Host of Festivities for the 2016 All-Star Game.

In the beginning: The Toronto NBA expansion franchise was born in 1995 and named the Raptors as a play on the popular 1993 movie “Jurassic Park.”