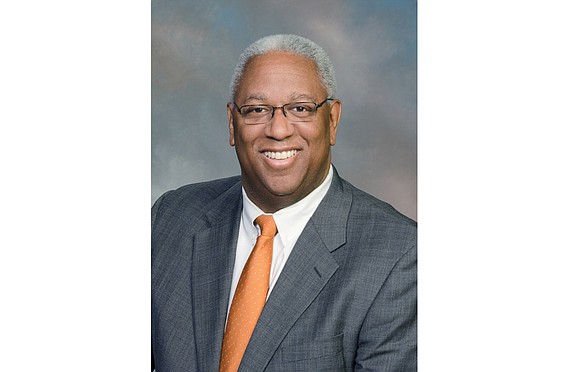 “I want to thank the voters for their confidence in me. I go to Washington to serve them — whether they supported me or not. I will work to create jobs, strengthen our public schools, help military families and veterans, keep us safe and secure and address climate change.” — U.S. Rep.-elect A. Donald McEachin, D-4th District

Henrico state Sen. A. Donald McEachin soon will be heading to Washington.

Sen. McEachin’s victory will change the state’s delegation to the U.S. House of Representatives, which now will have four Democrats and seven Republicans. It also will trigger competition to fill his state Senate seat.

Sen. McEachin, who will leave the McEachin & Gee law firm to take his seat in the House in January, won 57 percent of the vote in the Democratic-leaning district that stretches from Richmond, Petersburg and Hopewell to Chesapeake in South Hampton Roads.

Federal courts redrew the 4th District along with others last year after finding the General Assembly had illegally packed the adjacent 3rd Congressional District with too many African-American voters.

The key to Sen. McEachin’s victory: Huge margins in the two localities with the most voters, Richmond and Henrico. He captured 77 percent of the Richmond vote and 74 percent of the Henrico vote.

In a statement, he thanked voters, volunteers, supporters and Sheriff Wade and then stated that he is turning his “attention to moving forward.” He pledged to work with both Republicans and Democrats to benefit the district.

Two current General Assembly members are gearing up to run in an expected special election to fill Sen. McEachin’s 9th District Senate seat — veteran Richmond Delegate Jennifer L. McClellan and first-term Henrico Delegate Lamont Bagby. Both plan to compete for the Democratic nomination, which would be tantamount to winning because the state Senate district that includes parts of Richmond and Henrico and Charles City counties is heavily Democratic.

Whoever wins would set off a competition to fill the House seat that would be vacated.

Other winners in Virginia congressional races Tuesday included 12-term U.S. Rep. Robert C. Scott, who beat back a Republican challenge to keep his seat in the revamped 3rd District, which previously included Richmond. Congressman Scott was the first African-American to represent Virginia in Congress since the late 1800s.

Two other incumbent Democrats and six incumbent Republicans also won re-election, and the GOP captured the vacant seat in the 2nd Congressional District.

Meanwhile, Democrats won four special elections for General Assembly seats, including veteran Delegate Lionell Spruill Sr. of Chesapeake, a member of the Virginia Legislative Black Caucus, who was unchallenged in his bid to move up to the state Senate.

His House of Delegates seat was won by C.E. “Cliff” Hayes Jr., who also was unchallenged. Delegate-elect Hayes also is a member of the Virginia Legislative Black Caucus member.

Separately, voters in Richmond and statewide rejected a Republican attempt to stuff the state Constitution with an anti-union amendment that would protect workers from any requirement to join a union to gain a job. State law already protects people’s “right to work” without joining a union, and the amendment push aimed to make it even more difficult to change that policy.

However, voters approved a separate amendment that would authorize the General Assembly to give localities the option of allowing them to exempt from real estate tax the homes of surviving spouses of police officers, firefighters and emergency medical personnel killed in the line of duty. Currently, only the spouses of veterans killed or 100 percent disabled in military action are eligible for such a property tax exemption.