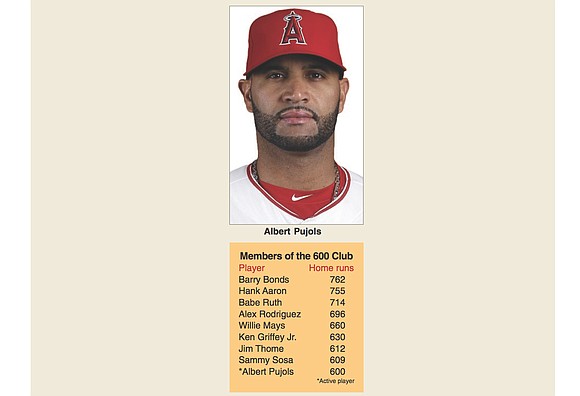 Four of the nine players to hit at least 600 career home runs are African-American, and three others trace their ancestry to the Dominican Republic.

Albert Pujols, born in Santo Domingo in 1980, is the latest to reach the majestic 600 peak. The Los Angeles Angels first baseman/designated hitter swatted No. 600 on Sunday, June 4, during the team’s game against the Minnesota Twins. The Angels lost 3-2 in Anaheim.

Other Dominicans on the 600 list are Alex Rodriguez and Sammy Sosa. Rodriguez was born in the Washington Heights section of New York City to Dominican parents. He moved with his family to the Dominican Republic at age 4, and later moved to Miami.