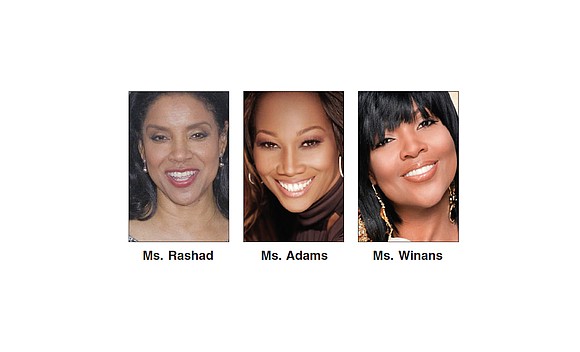 Ms. Rashad, 68, best known for playing wife and mother Claire Huxtable for eight seasons on “The Cosby Show” in the 1980s and early 1990s, will be the main speaker at the event that also will feature such renowned gospel performers as Yolanda Adams and CeCe Winans.

A Houston native and Howard University graduate, Ms. Rashad currently has a recurring role as Diana Dubois on the popular FOX television series “Empire.” She also is slated to appear in the upcoming Amazon series, “Jean Claude Van Johnson.”

Richmond’s Sheilah Belle, a radio DJ and publisher of a national online gospel newsletter, is to serve as the emcee and also will speak about her recovery from cancer.