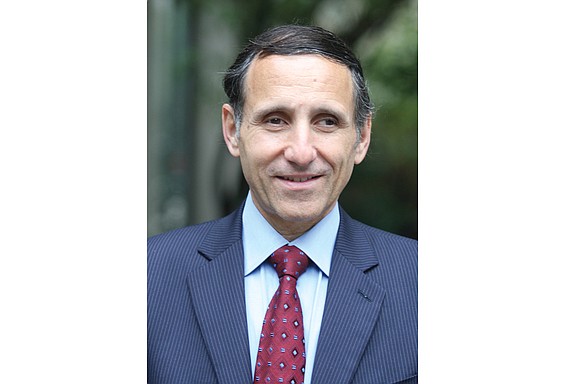 “The people have spoken. Now we can only hope that City Hall and the Richmond delegation to the General Assembly were listening.”

That was Bernice Travers, president of the Richmond Crusade for Voters, after city voters embraced a referendum that calls on Mayor Levar M. Stoney to craft a fully funded plan to modernize city schools.

The advisory referendum, which the Crusade for Voters endorsed and helped get on the ballot, won by a landslide 56,147 to 10,061.

The vote came just a day after the Richmond School Board began buckling down to prepare a comprehensive plan for school improvement.

Interim Richmond Schools Superintendent Thomas E. “Tommy” Kranz promised to present a draft plan to the board at its next meeting on Monday, Nov. 20. The board then plans to hold public hearings before voting on a final version to send to Mayor Stoney and City Council on Monday, Dec. 4.

The mayor had led quiet opposition to the referendum while also criticizing the School Board for dawdling in generating its own plan. He did not issue a comment about the referendum results, although he said before the election that he expected the initiative to be approved.

“This is the first time ordinary citizens were able to address this issue, and they spoke loud and clear,” said Paul Goldman, a political strategist and former Virginia Democratic Party chairman who led the referendum initiative.

Mr. Goldman said the overwhelming vote approving the referendum shows that “Richmond residents are fed up with the state of the schools, which even the mayor has said are monuments to segregation.”

Approval came despite significant challenges, he said, including opposition from the mayor and the business community and the failure of any Democrats in the city’s delegation to the General Assembly to show support.

“The city’s establishment was against it and it still passed. The people showed they recognize there is a problem, and they said loudly and clearly they want something done about it,” Mr. Goldman said.

However, he and other supporters are concerned that despite the big vote, Democrats in the legislature may try to kill the initiative.

Both the state Senate and House of Delegates must adopt it and the governor must sign it before it goes into effect.

If it passes the General Assembly, the referendum would require the mayor to consult with the School Board and City Council and then present within six months a fully funded plan to improve schools or explain why he could not. If a plan is developed, the council would have 90 days to take such action as it deems appropriate. That could include doing nothing.

Mr. Goldman acknowledged Wednesday the initiative lost its major legislative champion, Republican Delegate Manoli Loupassi, who promised to introduce and push the measure in the House of Delegates if voters approved the referendum.

But as a result of his defeat Tuesday for re-election, “Delegate Loupassi will not be there,” Mr. Goldman said. “People in his district overwhelmingly voted for the referendum, but not enough voted for him. It will be interesting to see whether another member of the delegation will pick it up in the House,” Mr. Goldman said.

He noted that Delegates Jeff M. Bourne, Lamont Bagby, Betsy B. Carr and Delores L. McQuinn, all of whom won re-election on Tuesday, have yet to give any sign they will sponsor the legislation. Nor has Dawn M. Adams, the Democrat who upset Delegate Loupassi in the 68th House District.

At the moment, only Richmond state Sen. Glen Sturtevant, a Republican, has expressed interest in carrying a bill, Mr. Goldman said.

No matter what happens, he said that he would continue to speak out to ensure that the will of the voters is carried out. For example, he said, he will oppose any plan that would stretch the modernization of schools to 15 years or longer.

“We cannot wait that long. We need a plan that can be accomplished in, at most, five years,” he said.

“This vote shows that people consider this the city’s top priority,” he said. “They have given the mayor and the council a mandate to get this done. And I am going to hold their feet to the fire to help make sure it happens.”