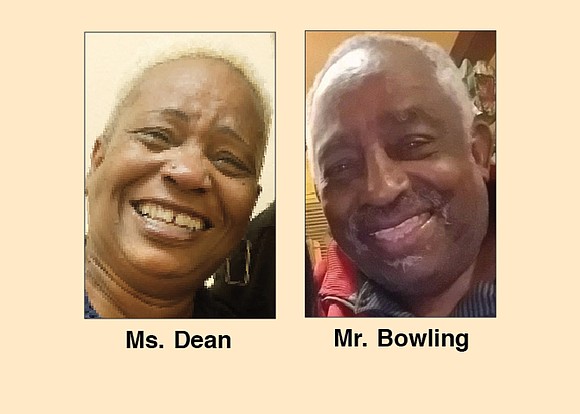 LaTonia Tandalet Dean was reunited with her birth mother a few weeks ago, and now she finally has made contact with her biological father.

Ms. Dean, an English teacher at Armstrong High School, has capped her long search to find her birth parents, thanks to DNA testing.

A story in the Oct. 5-7 edition of the Free Press detailed how Ms. Dean found her birth mother, Sheila Dean Richardson of South Carolina. Since then, Ms. Dean, who is better known as Bonnie L. Davis, changed her name to the one she was given at birth.

Ms. Richardson put Ms. Dean up for adoption after her birth in June 1967 in Louisville, Ky., and loving adoptive parents raised her.

Still, Ms. Dean has always wanted to find her birth parents, particularly after the deaths of her adoptive parents in recent years.

An initial DNA test led her to Ms. Richardson and a host of new relatives.

Ms. Dean said she learned who her father was when one of her newfound aunts looked at her photo and saw a resemblance to John Bowling, Ms. Richardson’s first boyfriend.

“My mother got in touch with some people who knew John Bowling,” a retired Chicago police officer now living in Providence, Ky., Ms. Dean said.

Her father was overjoyed to hear from Ms. Richardson, Ms. Dean said, and agreed to take a DNA test to determine if he was Ms. Dean’s biological father.

The results came in Nov. 9.

Until the test, her mother, who Ms. Dean said was also a rape victim at the time, really did not know “who my father was.”

“It is such a relief to know that I was the product of love,” Ms. Dean said. “John Bowling was older than she was, but they were lovers. She wasn’t allowed to see him after adults in her life learned about the romance since she was only 15 at the time. He knew she was pregnant, but didn’t know the baby was his.”

Ms. Dean said her mother lost contact with Mr. Bowling about 20 years ago. When Ms. Richardson called him in October, he told her that that he “had been looking for her all that time.”

The new father-daughter connection has opened the door for Ms. Dean to meet his 10 children, her half-brothers and half-sisters.

Ms. Dean said she is making plans to travel to Kentucky to see her father and to make contact with relatives on his side of the family.

“The holidays this year are going to be extra special,” she said. “I have so many new people in my life.”