Ora Lomax to be treated at North Side dialysis center 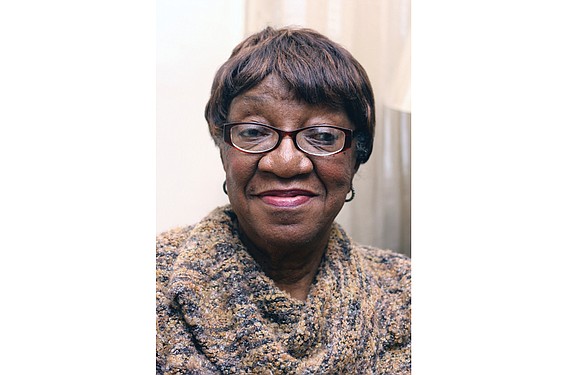 After weeks of stress, Ora M. Lomax has learned a new clinic has accepted her for the life-saving dialysis treatments she needs.

Mrs. Lomax was notified Jan. 3 that she was being barred from treatment at the West End Dialysis Center in Henrico County where she received treatment for 12 years.

On Tuesday, she accepted an offer from center officials allowing her to transfer to DaVita Dialysis Henrico at 5270 Chamberlayne Road in the Brookhill Azalea Shopping Center.

“I’m happy and relieved,” Mrs. Lomax told the Free Press on Wednesday. “I wanted to live, and this means I can.”

The Free Press reported in the Feb. 1-3 edition on the critical situation the 86-year-old NAACP stalwart was facing when West End Dialysis Center informed her she was being cut off from service.

The center’s operations director, David Schwemer, and the medical director, Dr. Martin Starkman, both signed off on her involuntary discharge, and Mrs. Lomax was told by the social worker assigned to her case that no other dialysis center in the Richmond area would accept her.

The West End center is owned by Fresenius Kidney Care, the nation’s largest provider of dialysis. The life-saving treatment cleans the blood of waste and fluids for people like Mrs. Lomax whose kidneys have failed.

According to Mr. Schwemer and Dr. Starkman, Ms. Lomax was being discharged  for behavioral issues, although she said she never received any specific information about those issues.

Numerous people called the West End center on her behalf, including Dr. Pamela Hamilton-Stubbs, chair of the state NAACP’s Health Committee, as the Feb. 3 deadline loomed. And the center continued to provide treatment to Mrs. Lomax past the Feb. 3 deadline while looking for another clinic to accept her.

In a letter to the editor received Tuesday by the Free Press, Katherine Sarisen, regional vice president for Fresenius Medical Care, stated that “involuntary discharges are rare and a measure of last resort that happen only after all other options have been exhausted.

“The decision to involuntarily discharge Mrs. Lomax from our clinic was not an easy one,” she stated, and Fresenius offered assistance “with transferring (her care) to another center.”

However, Ms. Sarisen’s letter does not include any additional information to explain the decision.

Neither she nor other company officials have responded to a Free Press request for documents explaining the discharge.