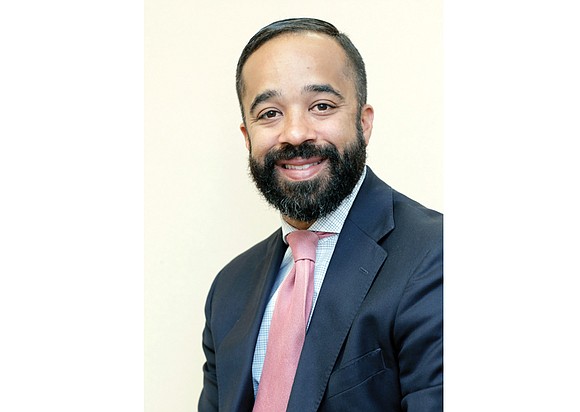 African-American voters were illegally packed into 12 House of Delegate districts in Richmond and Hampton Roads, a panel of federal judges ruled Tuesday.

“Overwhelming evidence in this case shows that the state sorted voters into (those) districts based on the color of their skin,” Judge Barbara Milano Keenan of the 4th U.S. Circuit Court of Appeals wrote in the 2-1 majority opinion that struck down Virginia’s 2011 House redistricting plan as unconstitutional.

Judge Keenan was joined by U.S. District Judge Arenda Wright Allen in ordering the Virginia House to draw new district lines by Oct. 30, a year before the next round of elections for the House and state Senate will take place.

The new lines also would be subject to change in the 2021 General Assembly session that will follow the 2020 Census.

Eleven of the 12 districts challenged are represented by members of the Virginia Legislative Black Caucus, most of whom ended up voting for the redistricting plan after their protests about the changes Republicans imposed were rebuffed.

The dissent came from senior U.S. District Judge Robert E. Payne, who previously led a 2-1 majority that upheld the House redistricting plan and then had that ruling rejected by the U.S. Supreme Court. He wrote he would have upheld the plan again.

Ironically, Judge Keenan was the dissenting judge the last time.

Marc Elias, a Democratic lawyer representing the voters challenging the districts celebrated the ruling on Twitter, calling it a “big win” for voting rights in the state.

The decision is the latest twist in the four-year-old case returned by the U.S. Supreme Court for further review after vacating Judge Payne’s decision.

It is not a complete surprise. Federal courts previously overturned state Republican-drawn congressional districts after finding that the Virginia GOP packed African-American voters into the 3rd District that Rep. Robert. C. “Bobby” Scott has long represented to reduce their influence on neighboring districts.

The upshot from that legal battle was the creation of a new 4th Congressional District that includes Richmond and much of Henrico County and the election of a second African-American Virginia congressman, Rep. A. Donald McEachin.

At this point, it is not clear whether the reduced Republican majority in the 100-member House of Delegates will comply or appeal the decision the U.S. Supreme Court. The Republican majority shrank from 66-34 when the plan was written to the current 51-49 split after the 2017 election led to the election of more Democrats.

Nor is it certain what impact the court’s decision will have on the 12 districts, neighboring districts and the current delegates. Most are confident of re-election even if the numbers of African-American voters in their districts are reduced.

Gov. Ralph S. Northam called the decision “good news for Virginia voters. This is an opportunity for us to continue the bipartisanship we’ve built in Richmond and to draw districts that are fair, nonpartisan and accurately represent every Virginian, no matter who they are or where they live,” the Democratic governor stated.

In her opinion, Judge Keenan found, as she had in her earlier dissent, that the Republican majority mechanically required all 12 challenged districts to have a minimum of 55 percent African-American voting age population.

She wrote that experts showed that virtually every change that Republicans made pushed African-American voters into those 12 districts, while assigning more white voters into adjacent districts.

As a result, she noted that “at the end of the 2011 redistricting process, every majority-black area in the (Richmond-Petersburg-Hopewell region) was either wholly or partially within (one of the 12) challenged districts.”

She also noted that Districts 69, 70, 71 and 74 “had a combined black voting age population (BVAP) of 56.2 percent whereas the Richmond City areas in the non-challenged District 68 had a BVAP of 6.8 percent. Judge Keenan found the author of the plan, Republican Delegate S. Chris Jones of Suffolk, did not perform any district-by-district analysis to justify requiring 55 percent of voting age residents in those 12 districts be African-American and that the U.S. Constitution, federal law and past Supreme Court rulings do not allow such an approach.

She cited testimony from Delegate McQuinn and several other delegates that it was unnecessary to have such a high percentage of African-Americans in a single district.

The other challenged districts are 75, 77, 80, 89, 90, 92 and 95 that cover Hampton, Newport News, Chesapeake, Norfolk, Portsmouth and Suffolk as well as rural counties south of Petersburg.