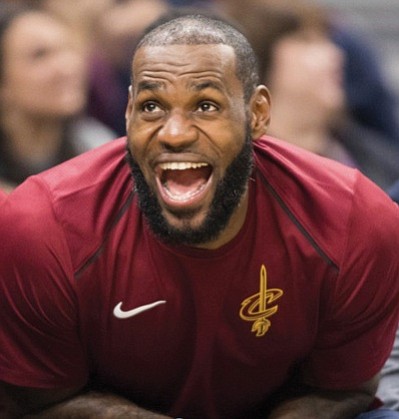 The Golden State Warriors may have won the NBA championship, but now the Los Angeles Lakers clearly have the biggest prize in the offseason.

Heading to La La Land is the game’s most dominant player, LeBron James, aka “King James.”

It took a king-sized salary offer to close the deal that’s got everyone talking.

The 6-foot-8, 33-year-old with a body-builders’ physique has inked a four-year, guaranteed contract for $154 million, with an option to leave after three years. The announcement came July 1, stealing the global sporting spotlight from even the World Cup soccer games in Russia.

James met with Lakers owner Magic Johnson on Saturday, June 30, at James’ estate in exclusive Brentwood to hammer out details of the contract. His other options reportedly were to stay in Cleveland or go to the Philadelphia 76ers.

The previous week, James vacationed with his family in the Caribbean resort of Anguilla, mulling over his decision.

It makes sense that James is heading to Southern California where he owns two estates and a film production studio.

It has been a poorly kept secret that James’ wife, Savannah, has been exploring private schools in the Los Angeles area for the couples’ two sons, LeBron Jr.and Bryce, and daughter Zhuri.

James spent the previous four years with the Cleveland Cavaliers, near his hometown of Akron, each time leading the franchise to NBA finals.

Showing no sign of aging, the four-time MVP averaged 28 points, nine rebounds and nine assists this past season while appearing in every regular season and playoff game.

The Lakers, now coached by Luke Walton, have won 16 NBA titles going back to their days in Minnesota, but have missed the playoffs each season since 2013.

It will be interesting to track how James, often the lead handler himself, will coexist with Ball, who much prefers having the ball in his own hand.

L.A.’s first round draft pick this season is 7-footer Moe Wagner out of Michigan State.

Also, the Lakers may still be negotiating for All-Star forward Kawhi Leonard, whose status in San Antonio remains iffy.

As outspoken as he is immensely talented, James figures to have a convincing hand in the Lakers’ future decision making.

James is one of those rare individuals who seems larger than life, almost like a storybook hero come true. And what better place to spread