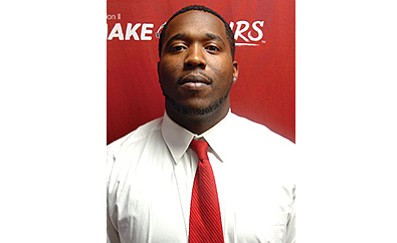 Huguenot High School has improved the number of victories its team has secured on the girdiron each of the past three seasons.

Huguenot High School has improved the number of victories its team has secured on the girdiron each of the past three seasons.

Coach Jared Taylor, who was named recently at the Falcons’ football coach, plans to maintain that positive momentum started by his predecessor, former Coach Bryan Jennings.

“Coach Jennings left the program in good standing. He laid the foundation to build on,” said Coach Taylor, 30, a native of Shreveport, La.

Coach Taylor will teach physical education in addition to coaching at the Forest Hill Avenue school.

“Right now, we’re just trying to get the kids to buy into a high-performance program,” Coach Taylor said.

“We plan to achieve academically. And ultimately we hope to see Huguenot athletes win Division I scholarships, or really any scholarships.”

Huguenot has the largest enrollment of Richmond’s five comprehensive high schools and competes in Division 4. The other Richmond high schools compete in Division 3. Huguenot also benefits from the newest and most spacious facilities. Huguenot moved into its new building in January 2015.

The Falcons will kick off the 2018 football season at Jamestown High School and essentially will play the same schedule as this past season — a mix of Division 3, 4, 5 and 6 opponents.