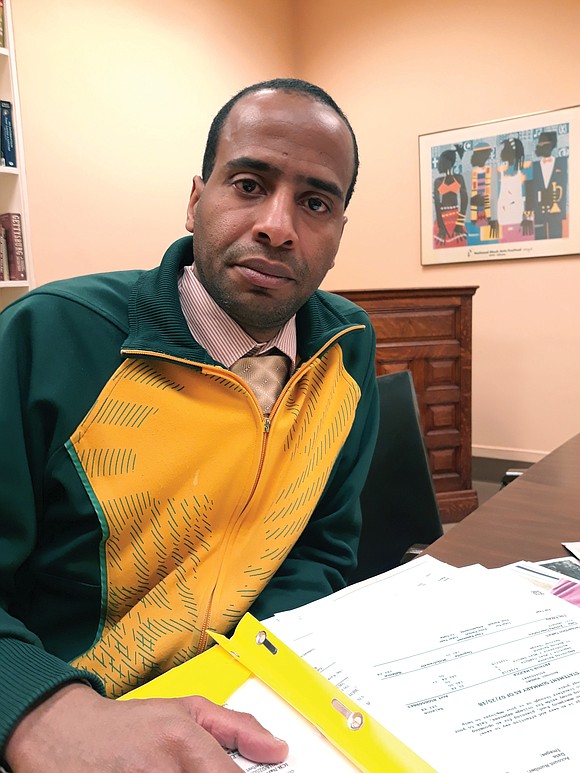 Arthur H. Majola has his life back.

The Richmond man walked out of Henrico County Circuit Court April 16 a free man after a jury acquitted him of making a bomb threat against Enterprise Car Rental nine months ago.

Mr. Majola, who faced up to 10 years in prison, made the threat after he was turned down because he could not provide a required $50 deposit on a credit card, staff from the rental firm testified. The company, like others major car rental firms, does not accept cash, checks or other types of deposits to cover potential incidentals.

Arrested on July 3 after the staff complained, Mr. Majola, who is African-American, spent 54 days in jail after his arrest. He drew attention after he began a hunger strike in protest immediately after he was put behind bars and not allowed to post bond because of the charge.

After the county spent $45,000 on his care at the jail and in the hospital, where he was repeatedly sent to prevent his death during the hunger strike, Mr. Majola was released without posting bond.

In court, the case appears to have turned on whether Mr. Majola intended to carry out his threat or was just using volatile words to vent frustration at his inability to rent a car. His insurance company had arranged with Enterprise to provide the car as a temporary replacement for his personal vehicle while it was being repaired.

Henrico Commonwealth’s Attorney Shannon Taylor acknowledged that the lack of evidence that Mr. Majola actually intended to “blow up” Enterprise likely made a difference in the outcome of the case.

He was charged with violating state law that makes it a felony for a person over age 15 to make a threat to bomb or blow up something or to make a false threat.

While intent “is not expressly in the statute,” Ms. Taylor stated that the jury was instructed that it must “find that Mr. Majola had an ‘unlawful intent.’ ”

Based on that instruction, it appears that the prosecution had to show some intention to carry out the threat, which Ms. Taylor stated was “obviously confusing to the jury.”

The bottom line: “The jurors reviewed the evidence and weighed it along with the instructions given to them and reached a unanimous decision that the Commonwealth had not proven the case beyond a reasonable doubt,” Ms. Taylor stated.

She added that she plans to request that the General Assembly provide some clarifying language to the statute in the 2020 session.