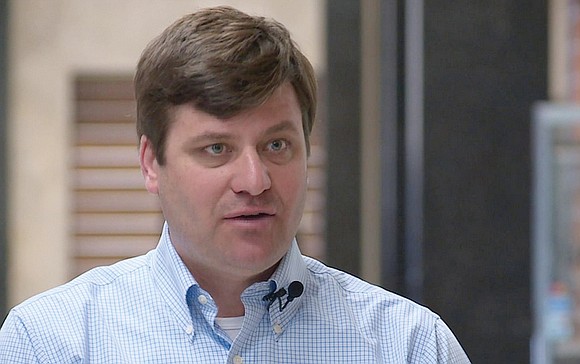 The legal fight to immediately remove 5th District City Councilman Parker C. Agelasto from office continues, but he apparently will not receive any taxpayer money for his defense.

Richmond City Council appears to have ended any consideration of using city funds to assist Mr. Agelasto with legal bills in the wake of a June 28 opinion from City Attorney Allen L. Jackson advising the council that state law would not allow it.

Next up for Mr. Agelasto is a hearing Friday, July 12, in front of Richmond Circuit Court Judge W. Reilly Marchant, who will hear motions on a request from former 5th District Councilman Henry W. “Chuck” Richardson.

Mr. Richardson is seeking a declaratory judgment that Mr. Agelasto has vacated the council seat based on a state law requiring him to live in the district he serves, which could immediately end Mr. Agelasto’s tenure on council.

Mr. Agelasto is seeking a dismissal of the request. He has said he will resign from City Council effective Nov. 30.

Mr. Agelasto also has acknowledged that he and his family moved last summer into a home in the city’s 1st District.

Mr. Richardson filed the suit in February. At the time, he indicated he would not run for the seat if Mr. Agelasto was removed. However, Mr. Richardson recently announced he is seeking to replace Mr. Agelasto in a Nov. 5 special election.

Meanwhile, former 6th District Councilman Sa’ad El-Amin is continuing his bid to have Mr. Agelasto removed immediately despite having his case knocked out of court last month.

On Tuesday, Mr. El-Amin filed new paperwork with Richmond Circuit Court renewing his request for a preliminary injunction as well as a declaratory judgment to end Mr. Agelasto’s tenure and has asked for a new hearing date.

He acted after Judge Marchant last month turned down his request to amend his original suit to include those items.