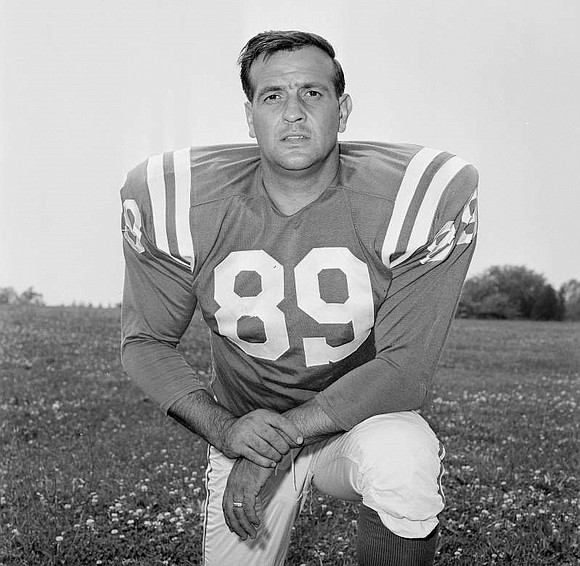 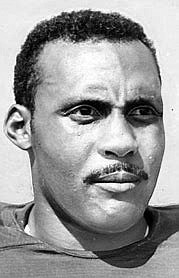 Gino Marchetti was a strong man on the football field. He also cast a powerful vote against social injustice.

The fearless defensive end helped the Baltimore Colts to 1958 and 1959 NFL championships and was named All-Pro 11 of his 14 years in the league. Before earning NFL stardom, Mr. Marchetti was an All-American for the 1951 University of San Francisco squad that went 9-0.

The University of San Francisco Dons were considered for invitations to the Sugar Bowl in New Orleans, the Gator Bowl in Jacksonville, Fla., and the Orange Bowl in Miami. But there was a sticky problem. San Francisco was among the first Division I schools to integrate, and that didn’t sit well with bowl organizers in the Deep South.

While the Orange Bowl extended an invitation, it was with the stipulation that the Dons leave their two African-American players — Ollie Matson and Burl Toler — at home.

For sure, the young San Francisco players would have relished the trip to Miami. And the school’s athletic program was in dire need of the lucrative payout given to bowl participants.

So it was put to a team vote: Go, minus the African-American players, or don’t go. The vote was unanimous. The Dons told the Orange Bowl, “Thanks, but no thanks.”

Surely, Mr. Marchetti’s commanding presence — he was known as “Gino the Giant” — may have influenced others to do the right thing.

Before entering college, Mr. Marchetti served in the Army during World War II and fought in the Battle of the Bulge. The military motto, “Leave no man behind,” was just as apparent in this 1951 football decision.

Mr. Marchetti went on to a brilliant NFL career, as did his Dons teammate Mr. Matson, a dazzling running back/receiver. Mr. Matson scored 63 NFL touchdowns with several teams and was elected to the Hall of Fame the same year as Mr. Marchetti, in 1972.

Also a track sensation, Mr. Matson won the bronze medal in the 400 meters at the 1952 Helsinki Olympics. He also ran a leg on the United States team’s silver medal foursome in the 4x400 relay.

Mr. Toler never played in the NFL because of injuries. But he made his mark another way. He became the first African-American to serve as a game official, a position he held from 1965 to 1989.

African-American players remained in an overwhelming minority in the NFL throughout the 1950s. Mr. Marchetti’s Baltimore Colts was among the most racially mixed squads at the time and also among the first teams to scout at historically black colleges and universities.

From less celebrated backgrounds were the Colts’ Gene “Big Daddy” Lipscomb, who never played college football, and Johnny Sample and Sherman Plunkett from the University of Maryland-Eastern Shore, an HBCU.

Following his illustrious pro career, Mr. Marchetti started a popular restaurant chain in Baltimore in 1957 called “Gino’s Hamburgers” that spread to the Midwest before being sold in the early 1980s to Marriott Corp. It was fitting that his best-selling burger was called “Gino’s Giant.”