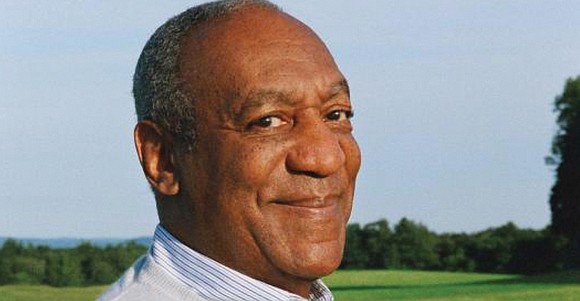 Mr. Cosby said he remains concerned, however, for all of black America.

“They are under siege. This thing with the drugs and the different pockets of the neighborhoods where it’s going on. When you look at what drugs are doing ... things that make these people drive around and shoot into crowds,” Mr. Cosby said.

“The insanity of what is the cause to the brain by all the drugs these people are dealing with. It’s exactly what I warned them about in 2004. They’ve thrown education out the window. They’ve thrown respect for the family out the window and they’re blaming each other for what’s going on. There is post-traumatic stress syndrome, and there are also bad manners.”

While inmates who spoke to NNPA Newswire said they were saddened to see an icon like Mr. Cosby imprisoned, each said they believe he’s serving a higher purpose.

“I don’t belong to the Mann Up Association, but it’s a privilege to come in and speak,” Mr. Cosby stated. “I never wanted them to lord me up (be put on a pedestal). This is a great privilege.”

A weekly highlight for Mr. Cosby since his incarceration has been the reform program, Mann Up, where he is often the featured speaker. The program serves to encourage and empower African-American men to strive for self-respect and dignity and to put their family first.

“Every Tuesday, Mr. Cosby and I sit down and talk before the other residents come in and he explains to me what moves I need to make so that Mann Up can be a success,” stated Mr. Sutton, 56, who has spent his entire adult life in prison.

“He says to always remember to work as a team. We are all in this life together and Mr. Cosby is a political prisoner and he tells us that we’ve got to save our babies. We can’t be out there killing our children and our women,” Mr. Sutton stated.

Mr. Wallace, who has served more than two decades in prison, said Mr. Cosby also has opened his eyes because of his authenticity.

“This powerful man, one of the best comics, a legend — and here he is with us,” Mr. Wallace told NNPA Newswire.

“Mr. Cosby comes into the room with his fist in the air and all of these men rise up and applaud him. He gives us so much wisdom and the Mann Up program is the perfect vehicle. He told us a story about his mother, and how she would have him clean the hallways after guys would go and urinate. He said he’d ask her why he had to clean it, and she told him that you have to clean where you live,” Mr. Wallace said.

Mr. Groves and Mr. Butler echoed their peers. Both have served more than a dozen years in prison and said Mr. Cosby’s presence has helped them to see their lives differently.