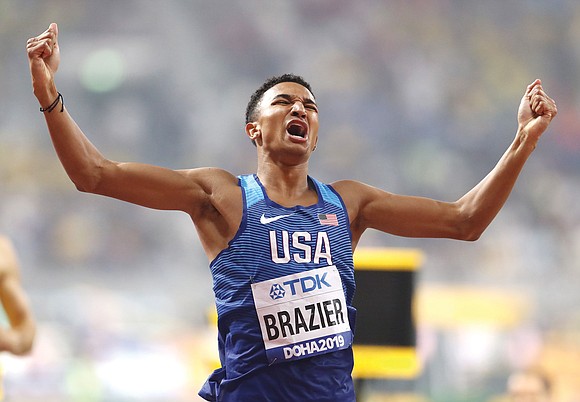 The Richmond area wasn’t without rooting interests at the 2019IAAFWorldAthleticsChampionships in Doha, Qatar.

Two medalists — one gold, one silver — are linked to Central Virginia.

In his one season running for TexasA&M University, Brazier set the NCAA record of 1:43.55.

Brazier looms as the 800-meter favorite next summer at the 2020 Summer Olympics in Tokyo.

In Doha, Claye took the silver medal in the triple jump, with a leap of 17.74 meters. Finishing first at 17.92 meters was fellow American Christian Taylor.

There was additional Virginia pride in Doha.

He did not run the 100 meters in Doha. The event was won by American Christian Coleman in 9.76 seconds.