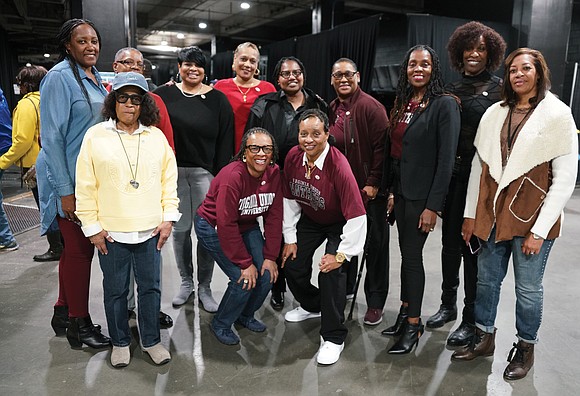 Some stories are so compelling that they need be told and re-told, over and over, so as not to be forgotten.

Those memories won’t be lost in some dusty closet. The entire team was inducted into the 2020 John B. McLendon CIAA Hall of Fame on Feb. 28 in Charlotte, N.C. 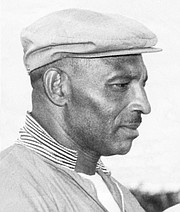 Among the standouts in 1983 were Paris McWhirter, who was named Most Outstanding Player of the NCAA title game and to the All-Tournament team; All- Tournament Barvenia “Beanie” Wooten; Vita Williams; Maria Nicholson; Sylvia Walker; and Denise Kizzie.

The 1983 Lady Panthers were little more than an extension of the 1982 squad, with virtually everyone returning.

The 1982 season had ended in the ultimate heartbreak when venerable Coach Thomas “Tricky Tom” Harris collapsed on the sidelines during the CIAA final at the Norfolk Scope when the VUU Lady Panthers were playing Norfolk State University. Coach Harris, who had previously coached both the men’s basketball and football teams at VUU, was rushed to a nearby hospital where he died.

After a lengthy delay, the game was completed, with VUU winning under the direction of Assistant Coach Louis Hearn.

The next season, Coach Hearn became head coach and guided the Lady Panthers to a 27-2 record and the NCAA title. The lovable Coach Harris, who was like a grandfather to his players, was never far from the team members’ minds. He had recruited all the players himself, relying on his decades-old high school coaching contacts, many of them VUU alumni.

VUU became the first HBCU to win an NCAA women’s title. And to prove it was no fluke, the Lady

Panthers returned to the championship game in 1984, falling to Central Missouri State in the final.

Coach Hearn, who died in 2013, dedicated the 1983 championship to the beloved deceased former coach. Throughout the glorious playoff run, Coach Harris was referred to as “our sixth man.”

From Wilmington, Del., English scored 2,396 points, leading the NCAA Division II in scoring as a senior with 31 points per game.

English was selected by the Washington Bullets, now the Washington Wizards, in the second round of the 1990 NBA draft. He played two seasons for the Bullets, averaging 9.9 points per game, and signed a contract with the Portland Trail Blazers in 1993 before spending time playing professionally overseas.