Spotlight on Richmond music great to be honored 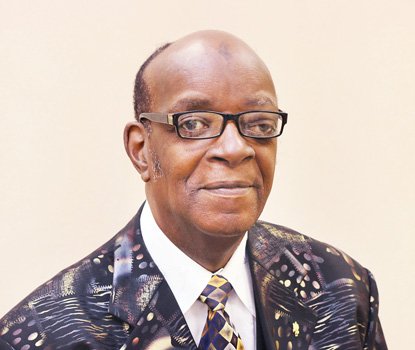 His ability to flawlessly execute the most difficult of sacred, secular, traditional and contemporary gospel music on the pipe and Hammond organs wows listeners. He calls it “The Lilly Touch.”

“It is the best instrument that has allowed me to manifest my gift,” Mr. Lilly says of playing the organ.

The 69-year-old graduate of Maggie L. Walker High School, who is known as “Professor” Lilly, has earned acclaim at countless African-American churches, school and civic functions, the Altria Theater (formerly The Mosque) and the Richmond Folk Festival.

His talent has helped paved the way for other African-American performers locally.

It’s a labor of love for Mr. Lilly, who is to be honored by the Old Landmark Gospel Association & Musical Friends Saturday, Oct. 4, at Fifth Baptist Church in the West End for his lifetime of musical accomplishments.

A Richmond native, Mr. Lilly grew up in the Jackson Ward neighborhood.

He began to teach himself to play the organ at age 4.

“I was captured by the sound of the piano and versatility of the organ sound,” he recalls.

Mr. Lilly recounts his first public performance when “Pastor Clarence Dunlap called me out of the congregation at St. Mark Church of God in Christ on North Side at age 8.”

“Every day, I attempt to enhance my skills by practicing at least an hour,” he said.

Date and place of birth: Dec. 12 in Richmond.

Why I wanted to play: I was captured by the sound of the piano and versatility of the organ sound.

When I knew organ was for me: When I was able to successfully play through a whole worship service.

First teacher: I was self-taught, but my first coaching was provided by Mrs. Odessa D. Randolph when I was in the fifth grade at Baker School.

Time I devote to practicing: Every day I attempt to enhance my skills by practicing at least an hour.

How often I perform: Whenever and wherever the opportunity presents itself.

How I prepare for a performance: Prayer, planning and preparation.

The organ is special because: It allows the musician to be as creative as his or her skills will allow.

Where I regularly play: I’m at First African Baptist Church on second Sundays and serve as a guest wherever I’m called upon.

Influence of parents: My mother believed I had a true gift and encouraged me and supported me to bring that gift to fruition.

Why I enjoy the organ: It is the best instrument that has allowed me to manifest my gift.

What needs to be done to ensure young people can learn to play the organ: The church needs to embrace youngsters who show promise in music, in piano, organ or other instruments. Make an investment in their future.

Instruments I wish I could play: I would love to play drums or tenor saxophone.

Music is important in education because: It encourages expression and creativity.

Favorite composer: I have many. If I have to single out one — Richard Smallwood because he incorporates the totality of music, from classics to church, jazz and contemporary music fusion.

Favorite piece of music: It depends on my mood and venue based on the setting and location. Sometimes Beethoven, Gershwin, James Cleveland, Erroll Garner and Nat King Cole.

Nobody knows that I: Sing in choir rehearsals, except the choir members.

The one thing that I can’t stand: Musicians who don’t demand excellence in their craft.

Person who influenced me the most: My aunt, Minister Maserine Williams. Growing up in the home, there was no such term as, “I can’t do.”

Books that influenced me the most: Books written by Dr. Martin L. King, Jr.

Next goal: To do all I can to influence our churches to return to worship rather than entertainment in our worship experience.