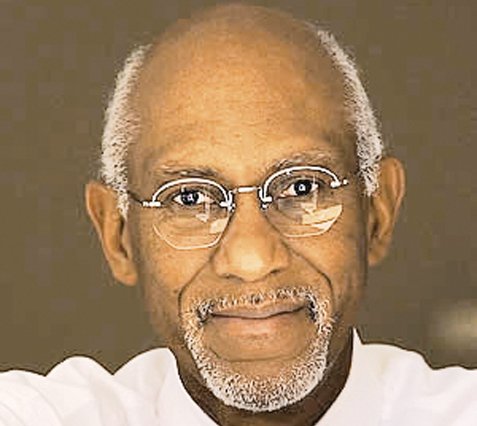 In 1966, Duke University advanced to the NCAA basketball Final Four with an all-white roster.

Waiting anxiously in the wings, however, was Claudius B. Claiborne, the Blue Devils’ first black athlete.

From segregated John Langston High School in Danville, the 6-foot-3 Claiborne played on Duke’s freshman team in 1966, then moved to varsity for the 1966-67 season and became a three-year letterman under Coach Vic Bubas.

Aside from standing out because of his skin color, Claiborne is best remembered for having a starring role in Duke’s classic triple overtime win over the University of North Carolina in 1969.

Claiborne graduated from the Durham school with a degree in engineering.

While Claiborne’s statistics appear ordinary — 6.5 points per game as a senior, he has led an extraordinary life.

He is now professor of marketing at Texas Southern University, a historically black institution in Houston.

Claiborne has a master’s degree from Dartmouth College, an MBA from Washington University in St. Louis, and a Ph.D. from Virginia Tech. While working at Ford Motor Co., he helped design the adjustable steering wheel.

As a high school student in Virginia, Claiborne was president of his senior class and scored so high on a standardized test that he was invited to the White House to meet President Lyndon B. Johnson.

He also starred on the Langston High School basketball squad that lost to Richmond’s Armstrong High School in the 1964 VIA finals at Hampton University.

“I remember him being a nice guy and a real good player who could handle and shoot it,” recalled Armstrong star Don Ross.

“We all got to know each other because all teams stayed in a Hampton dorm the weekend of (the state finals). It was like one team would be in one corner, and another team in another.”

Claiborne chose to attend Duke University after much consideration. His first choice had been North Carolina A&T University of the CIAA.

It wasn’t all peaches and cream for Claiborne at Duke.

As a freshman, he was not invited to Duke’s postseason banquet at Hope Valley Country Club. And he spent so much time at nearby North Carolina Central University, an HBCU, that he had his own meal card there.

On the Duke campus, Claiborne participated in the Allen Building Takeover, as it is known, in 1969. About 60 black students barricaded themselves inside a university building demanding changes in Duke’s racial climate, including providing a dorm specifically for black students, creating a black student union and putting an end to police harassment.

Much has changed at Duke’s Cameron Indoor Field House between then and now.

Duke’s current basketball lineup is the total opposite of the 1966 squad. The latest edition of the Blue Devils has an all-black starting lineup, led by likely NBA No. 1 draft choice Jahlil Okafor. The team’s top six scorers are African-American.

Here is a review of the other pioneers for this season’s Final Four teams:

After needing a year to gain academic eligibility, Payne made All-SEC as a freshman in 1971, averaging 17 points, 10 rebounds, with 39 points against Louisiana State and 34 points against Georgia.

Payne left Kentucky after one season to join the NBA’s Atlanta Hawks. His pro career was short lived.

Legal trouble followed him from Lexington to Atlanta to Los Angeles, where he dabbled in boxing and became an actor, appearing in “Night Court” and on a McDonald’s commercial.

Payne currently is incarcerated at Kentucky State Reformatory in LaGrange.

Michigan State: Rickey Ayala is noted for being the Spartans’ first black player, and also for being one of smallest players to take the court for a Big 10 school.

While in East Lansing, he was pivotal in recruiting his white high school teammate, Al Ferrari, to MSU. Ferrari went on to become All Big 10 and to play in the NBA.

Wisconsin: The Badgers broke the color line in 1958-59 with Ivan Jefferson and Jim Biggs, both from Chicago.

On a road trip to Rice University in Houston, Jefferson and Biggs were denied accommodations at the team hotel and were forced to lodge at HBCU Texas Southern University. This infuriated the Wisconsin administration and resulted in the Athletic Board passing a resolution to schedule games only where everyone would be treated equally.

To assure fair treatment, Wisconsin did not schedule another basketball game in the South until 1963, and no football games until 1972.

Final note: The 1965-66 season — when Claiborne enrolled at Duke — was also the year Texas Western became the first NCAA champ with an all-black lineup.