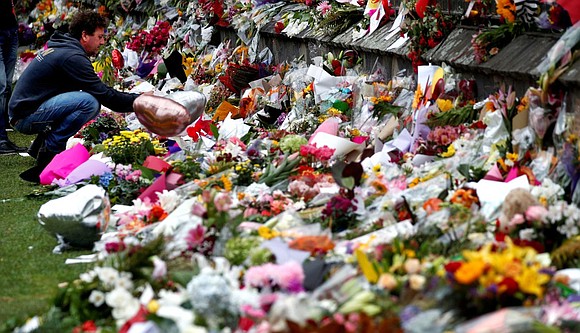 For Muslims, Fridays are special.

Mosques come to life with the mandatory Jummah prayer services, where imams deliver sermons and lead rows of worshippers in congregational prayer. Muslims dress in their Friday best and greet one another with “Jummah Mubarak” or “blessed Friday.”

But on Friday, March 15, Muslims around the world woke up with another prayer on their lips — inna lillahe wa inna illaihi rajioon, meaning “to God we belong and to God we shall return” — as well as a question: Should we go to the mosque for Jummah prayers today or not?

Just hours before, at least 49 Muslims performing Jummah prayers were gunned down at two mosques in Christchurch, New Zealand. Another 48 were left injured, according to estimates.

An Australian man in his late 20s who claimed responsibility for the shootings left a 74-page anti-immigrant manifesto in which he explained his white nationalist ideologies.

Accompanying that manifesto, which described President Trump as a “symbol of renewed white identity and common purpose,” was a 17-minute Facebook live stream of the attack. The video, which showed a portion of the violence in gruesome detail, has stoked fears of copycat attacks around the world.

“Millions of Muslims in America will be in mosques in the next couple of hours, concerned and fearful about their lives, that someone might come and hurt them,” said Council on American-Islamic Relations Executive Director Nihad Awad. “They have very legitimate fears … We tell our community, do not abandon your mosques.”

The attacks left Muslims torn between seeking spiritual solace in prayer and protecting their personal safety.

“How do I tell my dad not to go to the mosque tomorrow?” L.A.-based Muslim activist Taz Ahmed tweeted after news of the attack broke.

Muslim actor Fawzia Mirza replied: “Do you tell him not to go? Or is this a time for all of us to go? I don’t know.”

“In the face of this horror, I’m mourning with, and holding our community extra close today,” Rep. Ilhan Omar, one of the first Muslim women in Congress, tweeted. “We must not live in fear. I will be at Jumu’ah today and I hope others will too.”

Mosques around the world have responded to the attacks by stepping up security.

The Council on American-Islamic Relations sent out a booklet on security tips for mosques and Islamic community centers, and the Anti-Defamation League promoted its own guide to protecting religious institutions. Law enforcement officials in several states, including Virginia, increased patrols around local mosques.

“To God we belong, and to Him is our return,” Mr. Awad said. “In the wake of this tragedy, we urge mosques, Islamic schools and other community institutions in the United States and around the world to take stepped-up security precautions, particularly during times of communal prayer.”

In the United States, especially, the attack is hitting home.

“This guy’s manifesto reads like it was written in America,” CAIR Communications Director Ibrahim Hooper said. “It’s clearly inspired by the kind of hate rhetoric and growing bigotry that we’re seeing in America, referencing Donald Trump and the ‘invasion’ of immigrants.”

The shooting is not an anomaly but part of a larger pattern of anti-Muslim racism and anti-immigrant sentiment, Muslim leaders say.

For the third year in a row, the FBI reported an increase in hate crimes in America, including historically high rates of hate crimes against Muslims. CAIR’s own numbers show a consistent rise in anti-Muslim bias incidents and attacks, said Abbas Barzegar, CAIR research director, and neither “watered-down” state hate crimes legislation nor “inconsistent” local and state hate crime reporting can compete with the growing levels of anti-Muslim sentiment.

“It will be too easy to identify this action as a foreign event and the isolated act of a mad person,” Dr. Barzegar said. “Hate has the same DNA everywhere that you see it. The same pathological ideas in this manifesto exist … in radio shows, in TV shows, that have dog whistles by mainstream politicians and news commentators. That’s the smoke that tells us where the fire is.”

In the U.S. alone, the past several years have seen a mosque bombed in Minnesota, mosques burned in Texas, Washington and Florida and mass attacks planned against Muslim communities in New York, Florida and Kansas.

“Islamophobia is on the rise globally and right here at home, which has accompanied the rise of populist, fascist, and neo-Nazis parties and ideology,” said Wa’el Alzayat, chief executive officer of Muslim political advocacy organization Emgage. “All too often, some of our leaders turn a blind eye to and even use anti-Muslim rhetoric themselves. We … demand that federal and state agencies engage the Muslim American community more seriously to bolster the security of mosques and affiliated properties.”

“We have said time and time again that far-right extremism is a growing problem and we have been citing this for over 6 years now,” Iman Atta, director of the U.K.’s Islamophobia monitoring service Tell MAMA, said in a statement. “Anti-Muslim hatred is fast becoming a global issue and a binding factor for extremist far-right groups and individuals. It is a threat that needs to be taken seriously.”