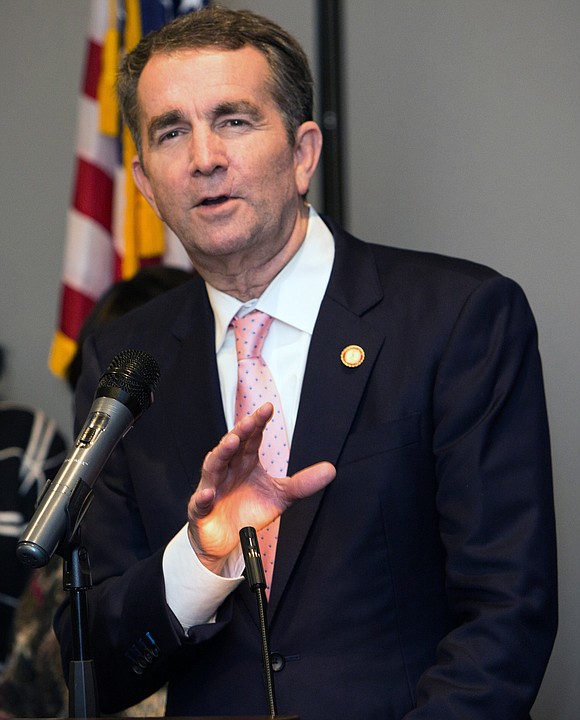 Gov. Ralph S. Northam announced Tuesday that the state would contribute $20 million to help replace diesel-powered school buses with cleaner, but more expensive electric buses in Richmond and across the state.

The announcement adds to support of a Dominion Energy plan released Sept. 6.

Under that plan, the utility company plans to spend $13.5 million to replace 50 diesel school buses with electric versions by December 2020, with the goal of enabling all school districts in Virginia to have all- electric bus fleets by 2030.

That would be a nearly $5 billion prospect given the cost. An electric battery-powered bus costs about $270,000, or nearly four times that of a diesel school bus at $75,000.

As the program expands, the utility company would cover the difference in cost between an electric and a diesel school bus. The company also would pay for the charging infrastructure.

In turn, Dominion Energy would have a fleet of bus batteries that could store energy from renewable sources such as solar and wind to be fed back into the electric grid during an emergency or when energy demands are high. It’s part of a newer technology called “vehicle-to-grid” power.

The money from the state, the governor noted, would help local school districts buy new electric buses under the program. The $20 million is to come from a $93 million trust fund created from Virginia’s share of a national settlement with Volkswagen over its falsification of clean air tests a few years ago for its diesel autos.

Gov. Northam previously tapped $28 million from the trust to fund development of a network of electric vehicle charging stations and to support deployment of electric buses in three Northern Virginia localities.

The state money would pay to replace about 75 buses with all-electric versions, equivalent to removing the tailgate exhaust of 3,500 cars, according to Gov. Northam’s administration.

Gov. Northam, a pediatrician, stated that the effort acknowledges that diesel fumes are harmful to children’s health.

He also called the spending “an investment in our efforts to address the climate crisis and provide an environment that allows Virginia children to learn, grow and thrive.”

The initiative follows Gov. Northam’s release of a goal to eliminate the use of fossil fuels to generate power in Virginia by 2050. That goal is more ambitious than Dominion Energy’s own goal of reducing energy production from coal, oil and natural gas by at least 80 percent within 30 years.

Dominion Energy said that state regulators would need to approve, the company's plan to have 1,000 electric school buses operating by 2025. The expansion could result in a rate increase for power customers of $1 per month, officials said.

Phase two of the project, with state approval, would expand the program to bring 1,000 electric school buses online by 2025. Phase three would involve a goal of having 50 percent of all diesel buses replaced with electric buses by 2025 and 100 percent by 2030, according to Dominion Energy.

Virginia’s school systems replace about 1,000 buses a year. “We’re committed to lowering our carbon emissions, but we can’t do it alone,” according to Thomas F. Farrell II, Dominion Energy’s chairman, president

and chief executive officer. “Transportation is the number one source of carbon emissions in the United States,” Mr. Farrell continued. “By partnering with this industry, we can expedite the development of innovative, cleaner, more sustainable solutions.”

The ambitious program would be the nation’s largest if it comes to fruition.