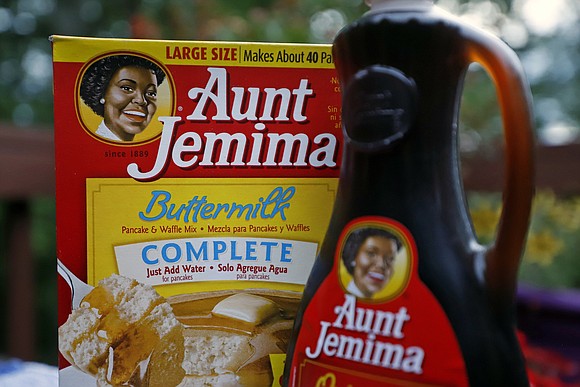 NEW YORK - America’s painful struggles over racism have finally caught up with Aunt Jemima, that ubiquitous fixture served up at breakfast tables for 131 years.

Quaker Oats announced June 17 that it will retire the Aunt Jemima brand, saying the company recognizes the character’s origins are “based on a racial stereotype.” Indeed, the logo was inspired by a 19th century minstrel celebrating the “mammy,” a Black woman content to serve her white masters. A former slave, Nancy Green, became the first face of the pancake product in 1890.

Aunt Jemima’s downfall is the latest signal of the powerful cultural moment unleashed by the Black Lives Matter protests, which have spread around the world and prompted companies to rethink their policies, from hiring practices to giving employees off for Juneteenth, which commemorates the day in 1865 when the last enslaved African-Americans learned they were free following the Civil War.

Other companies said they are reconsidering racial imagery in their branding.

The owner of the Uncle Ben’s rice said the brand will “evolve” in response to concerns about racial stereotyping. Caroline Sherman, a spokeswoman for parent company Mars, said the company is listening to the voices of consumers, especially in the Black community.

Geechie Boy Mill, a family-owned operation in South Carolina that makes locally grown and milled white grits, said it is “listening and reviewing our overall branding,” although no decisions have been made. Geechie is a dialect spoken mainly by the descendants of African-American slaves who settled on the Ogeechee river in Georgia, according to Merriam-Webster.com. In a statement to The Associated Press, the company said a name change has been under consideration for the past year and discussions have ramped up given the current climate.

Earlier this year, Land O’Lakes announced that it would no longer use the Native American woman on its packages of butter, cheese and other products since the late 1920s.

But reconsideration of the images also raises questions about why they have endured for so long in the first place, beyond the Civil Rights Movement and en- suing decades of protests against discrimination and violence against African-Americans. Brands with ethnic and racial stereotypes still abound, from Nestle’s Eskimo Pie and Miss Chiquita of banana fame, to the ongoing debate over the name of the Washington NFL team.

Dr. Riché Richardson, an associate professor of African-American literature at Cornell University, called for Aunt Jemima’s retirement five years ago in a New York Times opinion piece — part of a wider discussion about Confederate statues and other imagery after the massacre of nine black parishioners at a church in Charleston, S.C.

Dr. Richardson said Aunt Jemima epitomizes the dark comfort that some Americans take from imagery of black servitude, so normalized that it’s on their box of pancake mix. She said it was problematic that Aunt Jemima is such a ubiquitous symbol of Black femininity when there are so many real women who are icons of African-American history.

“The question becomes, ‘Do we want to hold onto images that hearken back to a past when Blacks were servants and expected to know their place?’ “ Dr. Richardson said. “People who are holding onto these symbols are almost suggesting that those are times they are nostalgic about. I don’t think people intend to send that message, but at this time, we cannot afford to send mixed messages.”