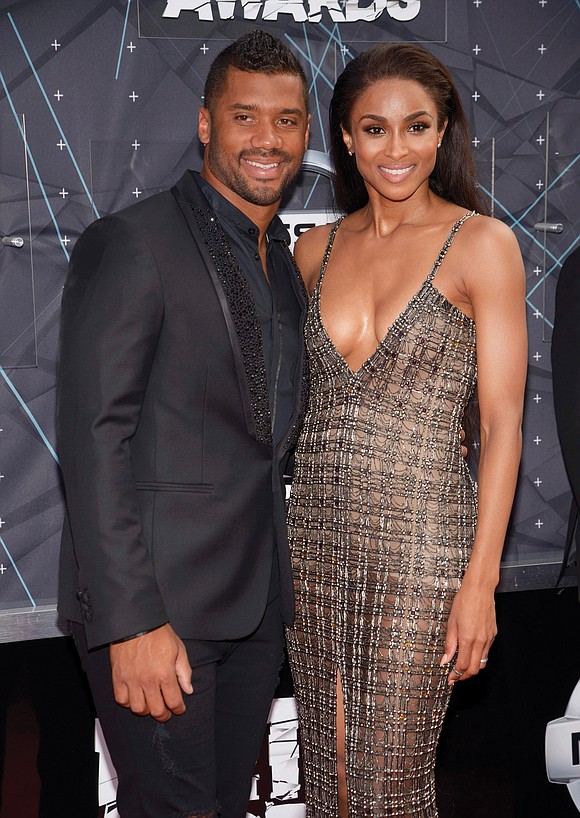 SEATTLE - Seattle Seahawks football star and former Richmonder Russell Wilson and his wife, Ciara, the Grammy-winning performer, are the latest wealthy philanthropists to back a charter school — though the celebrity couple say they’re not focused on the politically charged school choice issue and undeterred by challenges that have plagued Washington state’s charter sector.

Through their Why Not You Foundation, Mr. Wilson and Ciara are contributing about $1.75 million to rebrand an existing charter program known as Cascade Midway Academy, just south of Seattle. It’s where the couple have their home base. Mr. Wilson plays quarterback for the Seattle NFL team.

The Cascade high school program was set to debut this year before the pandemic forced founders Garth Reeves and Scott Canfield to delay opening.

In need of cash, they reached out to Mr. Wilson’s foundation recently and landed the partnership. Mr. Canfield said the superstar couple’s generosity will be honored with the school’s name change to Why Not You Academy but that Mr. Wilson and Ciara won’t be involved in the school’s day-to-day operations.

In an interview with The Associated Press, Mr. Wilson and Ciara said they jumped at the opportunity to help launch the school. It focuses on academics, personalized student plans and internships and mentorships for underserved Black and brown students. The couple said they hope this will be the first of many Why Not You Academy sites across the country.

“I’m really confident ... about the team that we have here and how we’re building things out,” Ciara said. “We’re passionate about everything. We’re all in on this.”

In sending out on social media an article about the couple funding the new school, educator Rodney Robinson of Richmond, the 2019 National Teacher of the Year, tweeted “Shoutout@ DangeRussWilson & @ciara. Don’t forget your hometown, Russ.”

The Why Not You Academy is expected to open in fall 2021, just as the deadline to authorize new charter schools is set to expire in the state.

Garth Reeves, left, and Scott Canfield, center, co-founders of the Why Not You Academy charter school, pose for a photo Oct. 27 with Halma Abubakar, right, founding director of operations, in a classroom at the under-construction facility in Des Moines, Wash., south of Seattle. Seattle Seahawks NFL football quarterback Russell Wilson and his Grammy- winning wife, pop singer Ciara, are putting their money and celebrity behind rebranding the charter school.

Washington currently has 12 charter schools open with 3,639 students, according to records from the state education department.

Four others are authorized but not operating — either shut down because of COVID-19 or are still building their programs for future enrollment. Washington’s charter law allows for up to 40 publicly funded, privately run charter schools to set up by 2021.

Besides the difficulties the pandemic created for schools, the charter school environment in Washington state has been destabilized for years by a barrage of legal, financial and enrollment uncertainties.

While the total number of schools and students has steadily increased each year, nearly a third of charter programs with students have shut down since the state’s first charter school opened in 2014.

“We can’t speak for other schools but great progress does come with setbacks,” Mr. Canfield said. “Our focus is on what we can do and what we can control.”

Washington was among the last U.S. states to adopt a charter school law allowing privately run schools to operate on contracts, or charters, and receive taxpayer money.

Charter schools are not subject to the same rules or standards governing traditional public schools, so those who embrace them promote them as hubs of innovation and alternatives for students struggling in typical school systems, particularly children in poor, urban areas. Studies on the schools’ academic success are mixed.

While Democrats and Republicans have supported charter schools in the past, the issue of school choice has become immensely polarizing politically.

Mr. Wilson, joining a long line of celebrities that have launched schools, said the couple’s charter school financing is not a political statement.

He instead pointed to their foundation’s education philanthropy work that spans the globe.

Among the youth-focused programs Mr. Wilson and Ciara have supported are the Seattle-based Rainier Scholars program that helps low-income students of color prepare for college and the Rwanda Girls Initiative, which runs a science and technology-focused boarding school for girls in Africa.

“We’ve been so committed over the past four years to education,” Mr. Wilson said. “This isn’t anything political for us.”