Muslims scale back Eid al-Adha observance in midst of pandemic 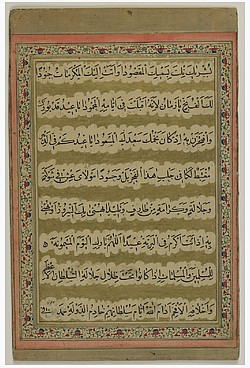 CAIRO - Muslims around the world this week begin observing a major Islamic holiday in the shadow of the pandemic amid growing concerns about the highly infectious delta variant of the coronavirus.

Eid al-Adha, or the “Feast of Sacrifice,” is typically marked by communal prayers, large social gatherings and, for many, slaughtering of livestock and giving meat to the needy. This year, the holiday comes as many countries battle the delta variant first identified in India, prompting some to impose new restrictions or issue appeals for people to avoid congregating and to follow safety protocols.

The pandemic already has taken a toll for the second year on a sacred mainstay of Islam, the hajj, whose last days coincide with Eid al-Adha. Once drawing some 2.5 million Muslims from across the globe to the holy city of Mecca in Saudi Arabia, the Islamic pilgrimage has been dramatically scaled back due to the virus.

This year, 60,000 vaccinated Saudi citizens or residents of Saudi Arabia have been allowed to perform the hajj, preventing Muslims from other countries from fulfilling the Islamic obligation.

“Don’t do crowds,” Vice President Amin said in televised remarks ahead of the start of the holiday. “Protecting oneself from the COVID-19 pandemic is obligatory.”

The surge is believed to have been fueled by travel during another holiday — the Eid al-Fitr festival in May — and by the rapid spread of the delta variant.

In Malaysia, measures have been tightened after a sharp spike in infections despite a national lockdown since June 1 — people are banned from traveling back to their hometowns or crossing districts to celebrate. House visits and customary trips to graveyards also are banned.

Healthy worshippers are allowed to gather for prayers in mosques, with strict social distancing and no physical contact. Ritual animal sacrifice is limited to mosques and other approved areas.

Health Director-General Noor Hisham Abdullah has urged Malaysians not to “repeat irresponsible behavior,” adding that travel and celebrations during Eid al-Fitr and another festival on the island of Borneo led to new clusters of cases.

“Let us not in the excitement of celebrating the Feast of Sacrifice cause us all to perish because of COVID-19,” he said in a statement.

Prime Minister Muhyiddin Yassin urged Muslims to stay home. “I appeal to you all to be patient and abide by the rules because your sacrifice is a great jihad in Allah’s sight and in our effort to save lives,” he said in a televised speech on the eve of the festival.

The World Health Organization reported that COVID-19 deaths have climbed after a period of decline. The reversal has been attributed to low vaccination rates, relaxed mask rules and other precautions, and the delta variant.