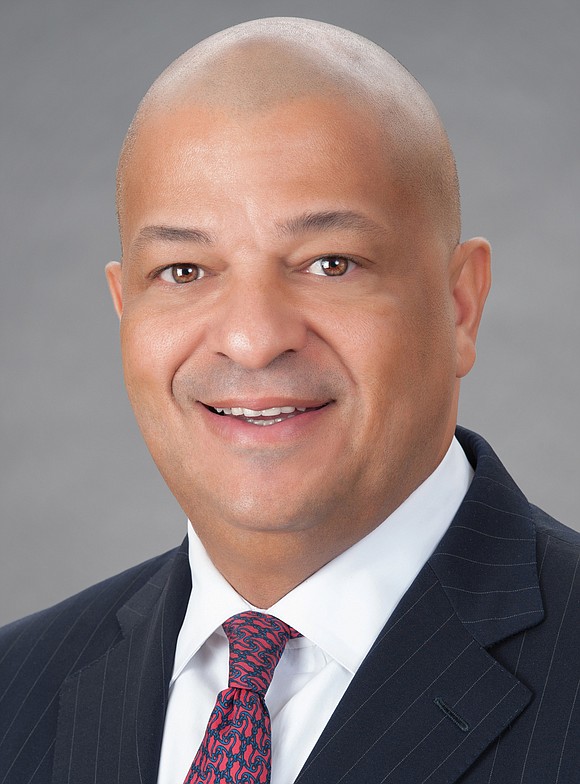 Led by President Cynthia I. Newbille, the city’s governing body voted 8-1 Monday to send a private group’s plan to create a $562.5 million resort-casino in South Side to city voters for approval.

The majority, who heard mostly supportive comments at a public hearing, overrode the dissent of 2nd District Councilwoman Katherine Jordan and a few speakers who described the project as an economic development scam that would only increase poverty in Richmond.

Before the vote, 8th District Councilwoman Reva M. Trammell, who is thrilled about getting a huge project in her district, publicly scolded Ms. Jordan for her opposition.

Along with gaming, the proposed Black-owned development on 100 acres at Walmsley Boulevard and Commerce Road is to include a 250-room hotel, a 3,000-seat entertainment venue, a 50-acre public park, a sound stage for creation of movie, TV, radio and digital content and other amenities.

Planned for opening in December 2023 if voters back it, the development is targeted for a site that is largely isolated from the rest of Richmond. The property sits in front of the Bells Road exchange on Interstate 95 and neighbors Philip Morris’ cigarette factory, warehouses and industrial operations.

For most of the council and many in Richmond, the promises the city has extracted from developers are reason enough to be supportive. That includes a no-strings, upfront payment of $25.5 million if the referendum passes, plus at least $29 million or more a year in new tax revenue for city coffers.

The promises also include the creation of about 950 full-time jobs with benefits and profit-sharing, along with more than 300 part-time jobs paying at least $15 an hour; the offering of 200 or more entertainment events on site; and the donation of $1.6 million a year to charities and educational institutions such as Virginia Union University.

Jack Berry, leader of the Richmond area’s tourism operations, told the council the casino would be another big attraction that could lure visitors.

Dr. Monroe Harris, another supporter and financial investor in the project, said he was impressed by the casino’s planned support for VUU, while Greta C. Harris, president and chief executive officer of the Better Housing Coalition, said the community benefits represent a broader reason to support the development.

But Richard Walker, who ran unsuccessfully for the Democratic nomination for a House of Delegates seat, urged rejection. He told City Council the promises will not be realized, citing the example of Atlantic City, N.J., which remains a poor city despite the presence of multiple casinos on the oceanfront.

“Bringing a casino to Richmond is yet another economic development scam,” said Quinton Robbins of Richmond for All. He said other cities have found that casinos end up being “a tax on the poor” that fail over time to provide the economic boost everyone wants.

The council vote earned applause from Mayor Levar M. Stoney, who has brushed off complaints that supporters of the winning proposal donated to his re-election campaign last year before the city issued a request for proposals that drew six bidders.

“City Council’s vote tonight paves the way for every voting Richmond resident to have their voice heard on this important project,” the mayor stated after the council vote.

The entity undertaking the development is officially listed as RVA Entertainment Holdings LLC.

While largely hidden, the owners include Black-owned media giant Urban One and a 50-member investor group led by Urban One Chairwoman Cathy Hughes and her son, Alfred C. Liggins III, the chief operating officer of Urban One. Peninsula Pacific Entertainment, which owns and operates Colonial Downs and the Rosie’s slot machine emporiums in Richmond and elsewhere in the state, is to operate the casino.

Investors are excited about the casino’s potential impact on Urban One’s earnings. Since One Casino + Resort became a finalist in May and then became Richmond’s choice, the Class A voting stock in Urban One has quadrupled in value, from $5 a share in April to about $20 a share today.

In the wake of the council vote and before seeking a referendum from Richmond’s Circuit Court, the city plans to quickly submit documents on the proposal to the Virginia Lottery, the state’s casino regulatory body. The state agency will have 45 days to make a preliminary review.

If the project gets an initial green light from the Lottery, the city then would ask the court to put the casino issue on the Nov. 2 ballot.

Similar referendums passed last year in each of the four other Virginia cities that the General Assembly in 2020 approved to have casinos.

If Richmond voters give a thumbs up, the development could start within several months, according to the city, although RVA Entertainment would be taking a risk. The company must pay $15 million to the Lottery, which would have a year to take a deep dive into RVA Entertainment’s financials and its plans before issuing the required casino license.