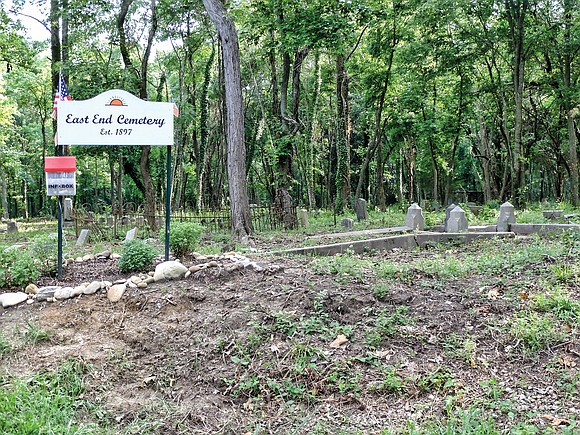 Halt the transfer of public money to the Richmond-based Enrichmond Foundation until an investigation can be conducted into the foundation’s ownership and operation of two historic Black cemeteries on the city’s eastern border with Henrico County.

That’s the request that was issued Wednesday to Gov. Ralph S. Northam.

The request was made in a three-page letter issued by a new 40-member coalition that includes relatives and descendants of people buried in the historic Evergreen and East End cemeteries that were established in the 1890s.

Both cemeteries nestle Stoney Run Parkway off Nine Mile Road and straddle the border between the city and the county across the road from the city-owned Oakwood Cemetery.

Enrichmond Foundation has acquired both in recent years and described the allegations the letter raises as “unfounded.”

The coalition’s letter expresses concern about the foundation’s methods and about its willingness to include descendants in planning and decision-making. It urges Gov. Northam to stop providing public money to Enrichmond Foundation until:

•A proper cultural landscape report can be developed for Evergreen, East End and two largely abandoned sections of Oakwood Cemetery that were reserved for Black people and that abut the two private cemeteries.

•The state provides the coalition with documents and materials to explain the decision to support and subsidize the foundation’s acquisition of Evergreen and East End; and

•Public meetings are convened to allow descendants and supporters in the community to deliberate “on the future of these sacred sites.”

The coalition also urged the governor to help ensure descendants are “integrated into ongoing discussions, planning and activities” related to the historic cemeteries, noting the National Trust for Historic Preservation and other groups call it a best practice to allow descendants to participate.

John Sydnor, executive director of the Enrichmond Foundation, described the foundation as dedicated to preserving, restoring and rehabilitating the long neglected burial grounds. He said it has been honored for its work, and he noted that Enrichmond has sought to work with members of the coalition, many of whom were associated with a volunteer group called Friends of East End.

He said he wished they would bring their concerns to the foundation so they can be addressed.

Instead, “they continue to criticize our efforts and not communicate with us,” he stated. “We attempted mediation with Friends of East End in 2020, but they were not receptive. This is troubling.”

The letter is an outgrowth of an apparently growing rift between the descendants’ coalition and the foundation and stems in large part from the handling of skeletal remains that were found exposed in the East End cemetery last summer and the treatment coalition members received in discussing the remains.

Mr. Sydnor stated in his response that Enrichmond followed the state-mandated procedures in dealing with such remains, including working with the state DHR.

Signers of the letter also stated that the foundation’s stewardship of Evergreen and East End cemeteries has been haphazard and has included forcing out volunteers who have been working at the cemeteries since 2013.

According to the letter, after forcing out the volunteers, Enrichmond last year contracted with commercial landscapers whom the coalition alleges damaged and destroyed fragile grave markers.

In the coalition’s view, “the situation of those cemeteries is critical. Now is the time to pause, reflect and reset. Many mistakes have been made,” the coalition wrote in their appeal, adding that “we now have an opportunity to correct them – and give descendants the voice they deserve.”