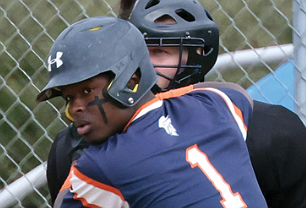 From Essex High School in Tappahannock, the college new- comer leads the Trojans in most offensive categories.

The right-hander plays mostly infield positions, but also takes his turn on the pitching mound with 22 strikeouts in 18.1 innings.

The CIAA does not have enough member schools with baseball teams for a season-ending tournament. Therefore, the Trojans’ season is likely to end April 30 and May 1 with doubleheaders in Ettrick against Salem University of West Virginia.