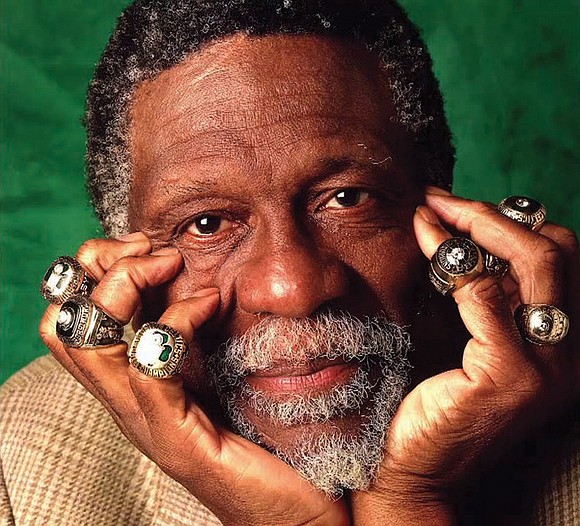 Mr. Russell was 88 and lived in Mercer Island, Wash.

Listed as 6-foot-10 and renowned for his brilliant rebounding, defense and a team-first attitude, Mr. Russell led the Boston Celtics to 11 NBA titles, from 1957 to 1969, including eight in a row.

With his long arms, precision timing and leaping ability, Mr. Russell is almost surely the NBA’s all-time leader in blocked shots, although that statistic was not kept during his career.

“Bill embodied character and commitment and is one of the finest people to ever live. He will be remembered forever and deservedly so.”

Formative years: Born in Monroe, La., the Russells moved to Oakland, Cal., when he was eight. Far from being an overnight success, he was cut as an eighth-grader from the Herbert Hoover Middle School hoops team and was hardly recruited by colleges while at McClymonds High, even though the team won two California state titles.

Despite his height, he had only one scholarship offer, from nearby University of San Francisco, where he came into his own. The Dons claimed NCAA titles in 1955 and 1956, both times winning the championship game by double digits.

A touch of Gold: Led by Mr. Russell and his San Francisco teammate, K.C. Jones, the Americans overwhelmed in the competition at the ’56 Olympics in Melbourne.

Somehow, Boston owner Red Auerbach worked out a deal with the Hawks to send Ed McCauley and Cliff Hagan to St. Louis for rookie Russell. That trade shifted the course of NBA history for more than a decade. 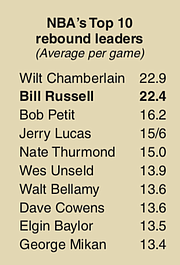 Celtics dynasty: To be fair, Mr. Russell was surrounded by sensational talent at Boston Garden.

From 1964 to 1966, Mr. Russell’s backup center was John Thompson, later named to the Naismith Hall as a col- lege coach.

Legacy: Mr. Russell in 1975 became the first Black man elected to the Naismith Hall of Fame. In 2011 he was presented the Presidential Medal of Freedom by Barach Obama.

His No. 6 jersey is retired by the University of San Francisco and the Celtics.