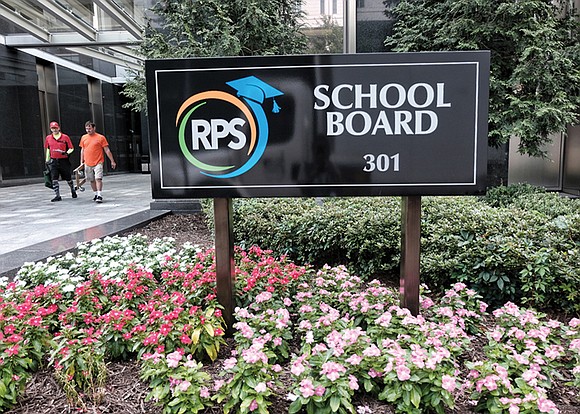 On the heels of a scathing audit report, Richmond Public Schools is admitting that its own internal check has found that more than 1,600 laptops that were purchased have vanished, and that it does not know the whereabouts of another 10,558 laptops that are listed in the inventory.

The admissions came at Monday night’s School Board meeting at which the administration of Richmond Public Schools Superintendent Jason Kamras spelled out a series of stronger inventory controls to end the losses.

The new controls stem from the audit the Free Press reported on three weeks ago that alleged that RPS wasted money buying 20,000 unneeded laptop computers, that 2,000 students received multiple Chromebooks and that more than 1,800 other computers walked away with students who left RPS due to sloppy record-keeping and a lack of procedures to ensure the laptops’ return.

Chief of Staff Michelle Houdacsko outlined the procedural changes for improving inventory control to the School Board Monday, but also pushed back on the audit finding that RPS bought excess Chromebooks for students that are gathering dust in storage at schools or in a warehouse. 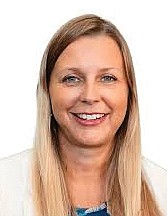 Ms. Hudacsko said that the audit missed that 5,600 of the devices went to school-based computer labs and that another 700 refurbished computers were distributed to custodians and instructional aides to support their professional development.

However, she acknowledged that the audit spotlighted serious deficiencies.

In her report to the board, she stated that 10,558 devices listed in Tempest, the RPS laptop database, are not linked to a purchase order and are not listed as being assigned to anyone.

She said those devices’ location is uncertain because the entries into the system were not properly completed. She said it is unclear whether “they are still active in RPS’ inventory.”

In addition, Ms. Hudacsko also told the board that the location of another 1,600 laptops is unknown as those devices were never logged into Tempest or handled by the Technology Integration Group (TIG), RPS’ third-party vendor.

To improve inventory control, Ms. Houdacsko said that schools will no longer be able to order Chromebooks after indicating that previous school orders may account for some of the missing Chromebooks. Instead, all orders must be placed by the internal Technology Services office, she said.

Also, all devices must be delivered to TIG to be properly linked to a purchase order and correctly logged into Tempest, she said, and TIG must now install an electronic signature on each device to track its delivery to schools.

In addition, the administration and school staff are now making a greater effort to collect Chromebooks from students before classes end Friday and before students either graduate, move or drop out, she said.

There are still questions about RPS’ ability to recover more than 1,800 Chromebooks that the audit states that graduating seniors and other students who left the school system took with them and to ensure more than 2,000 students who received extra Chromebooks return them.

Ms. Hudacsko also noted the audit overstates the number of laptops purchased as the 44,718 laptops the audit references includes laptops that were purchased a year or more before the pandemic began in March 2020.

Since March of 2020, she said RPS recorded purchase orders for 36,783 Chromebooks, though she noted that only 35,149 are logged into Tempest and only 34,810 were processed through TIG.

She said that the purchases were deliberate, not thoughtless, as the audit implied. The orders included 22,000 to provide one computer for each student enrolled in pre-kindergarten through 12th grade after buildings were closed in the spring of 2020 and classes went virtual for the 2020-21 school year.

RPS also purchased another 8,800 laptops after projecting that 20 percent of the laptops would be lost or damaged during the 2020-21 school year and during the 2021-22 school year if schools remained virtual, she said. Loss or damage is usually pegged at 10 percent per year, she said, but the pandemic and virtual school led RPS to raise that projection.

She said that those extra computers that are held in storage are not wasted. Instead, she said the laptops’ “shelf life extends well past the traditionally cited three years as Google continues to provide updates.” By having these computers, she said RPS is better positioned to keep providing one laptop to each student.

The audit also did not properly assess the laptops that TIG currently has warehoused for RPS, she said. TIG reported that it has 2,689 new laptops, 4,292 repaired laptops ready for redis- tribution and 2,000 broken laptops awaiting repair.

She also noted that the audit indicated that RPS had paid $12.6 million for the 44,718 laptops listed in Tempest dating back to 2019. She said that amount should have been higher.

“According to purchase orders,” Ms. Hudacsko said that RPS had paid “TIG $12.56 million since March 2020 for devices as well as add-ons that, among other things, include deployment, anti-theft licenses, a warranty, asset tags and the company’s fee.”