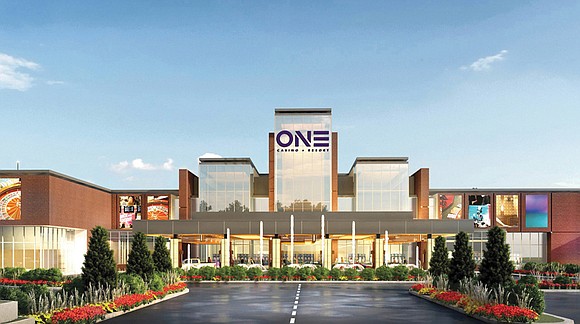 That is the status of a Richmond Circuit Court order authorizing Richmond residents to vote again on the question of whether to allow a $565 million casino-resort to be developed in South Richmond.

Judge Marchant signed the order after the state’s casino regulator, the Virginia Lottery Board, raised no objections following a 45-day review.

Mayor Levar M. Stoney, who along with most of City Council, backs the casino as an important job- and revenue-creating development, announced Monday that the court order had been signed authorizing the second vote.

The city rushed to secure the order as part of its effort to get the General Assembly to drop an effort to halt the referendum for a year to allow time for a study to determine if Petersburg should become the choice for a Central Virginia casino.

Two Richmond state senators, Democrats Jennifer L. McClellan and Joseph D. “Joe” Morrissey, are backing Petersburg after a split Richmond electorate narrowly rejected the proposed casino by 1,500 votes in the initial referendum last November. The result was unexpected after voters in four other Virginia cities where casinos are permitted overwhelmingly supported bringing a gambling operation to their communities.

In his statement, Mayor Stoney acknowledged the General Assembly could still veto the referendum if the final state budget, which has yet to be passed, includes Senate language barring a Richmond referendum this year.

According to some observers, such budget language could prevent the State Board of Elections from approving a city ballot that included a casino referendum.

“We recognize that this is not the end,” Mayor Stoney stated. “We will continue to advocate with the General Assembly to preserve our right to pursue this game-changing opportunity.”

The proposed ONE Casino + Resort is to be privately developed, without any subsidy from the city, on 100 acres of land at the Bells Road interchange off Interstate 95 in South Side.

Baltimore-based Urban One, a Black-owned radio and media company that the city selected to develop the resort, has projected that the development would generate at least 1,500 new restaurant, hotel and casino jobs and generate at least $30 million a year in new tax revenue for the city.

The company also has promised that it would restore Richmond to the entertainment map by offering top-notch entertainment and creating a soundstage onsite for the production of ads, movies and TV shows.

In addition, the company has proposed to turn half of the property into a public park and ensure Black-owned businesses have opportunities to run restaurants and play significant roles as suppliers.

Casino opponents argue that such benefits gloss over the huge losses that largely low-income people would need to incur to generate the amount needed for the gambling operation to cover its costs, pay taxes and deliver on the benefits it has promised.