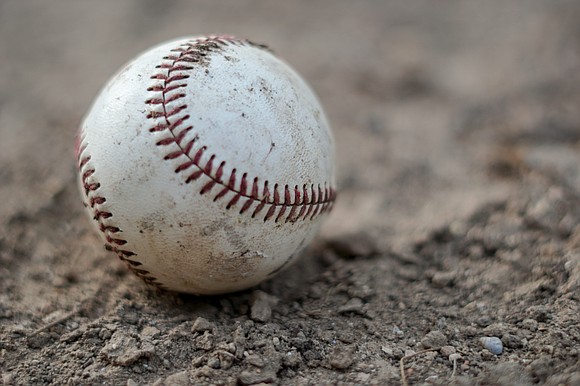 Since integrated professional baseball arrived in Richmond, there has been a relative shortage of Black men on the pitching mound for the home team.

On the current Flying Squirrels roster, Solomon Bates stands alone. The former eighth round draft pick out of Southern California has been outstanding, posting a 4-0 record with 0.98 earned run average and 22 strikeouts in 18.1 innings.

With that, let’s review Black Richmond pitchers over the decades — not necessarily the most productive for the Virginians/Braves/Squirrels, but definitely the most interesting, if not happy, endings.

To start our stroll down memory lane, let’s remember Al Downing, aka the “Little Lefty,” out of Trenton, N.J. 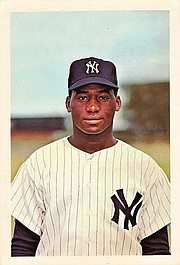 Standing about 5-foot-9, Downing stood out for being short and being Black. He was among the first Black pitchers in the New York Yankees’ organization and the very first prominent Black pitcher for Richmond.

At the time the Richmond Virginians were the Yankees’ AAA International League farm club at Parker field.

Despite all that, Downing (now 80) is perhaps best remembered for what happened on April 8, 1974 in Atlanta. Then with Los Angeles, the “Little Lefty” threw the pitch that the Braves’ Hank Aaron blasted for his 715th home run, breaking Babe Ruth’s record.

In 1969, an overflow crowd turned out at Parker Field for arguably the top attraction ever on The Boulevard — Satchel Paige. 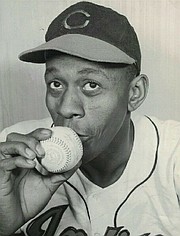 There were unusual circumstances, for sure. Wearing Richmond Braves’ No. 65 (matching his approximate age at the time), Paige pitched an inning vs. parent Atlanta in a sold-out exhibition.

Paige induced Aaron into popping out to third but also gave up a bunt single to speedster Ralph Garr.

Later, Paige was quoted as saying “I can’t believe the Roadrunner (Garr) would bunt on the old man.”

At the time, Atlanta had hired Paige in a noble effort to have him qualify for the Major League pension. Five years of service are required for the pension, and Paige had spent most of his younger years in the Negro Leagues.

During his short stay in Richmond, Paige chose to stay at the Eggleston Hotel in Jackson Ward.

Rumors that Luis Tiant, aka “El Tiante,” pitched with a cigar in his mouth in Richmond are unconfirmed.

But it is true that one of the greatest pitchers to come out of Cuba hurled in five games for the R-Braves in 1971. His teammates included Tommie Aaron and Dusty Baker.

Famous for puffing on Cuban cigars and for his baffling windup in which he turned toward his back to home plate before delivering, Tiant became a mound icon.

Tiant was with Atlanta in 1971, on a rehab assignment in Richmond.

Strangely, Tiant’s five Richmond appearances are not backed up with any detailed statistics in the club’s record book. It’s as if his numbers disappeared, like smoke in the wind.

Wenty Ford will be remembered as among the few R-Braves who spoke with a distinct British accent. The right-hander hailed from The Bahamas and had played more cricket than baseball as a child.

Ford went the distance, beating the Giants 10-4. He had two hits of his own vs. Marichal in his lone big-league victory.

Ford died at age 33 in an auto accident in Nassau.

No pitcher ever performed better in Richmond or put on a flashier show than Pascual Perez.

In 1982, the flamboyant right-hander went 5-0 with a 1.26 ERA and four complete games. That included a three-hit shutout on July 4, creating the newspaper lead “On the day we celebrate America, a Dominican stole the show.”

Ever the entertainer, Perez pulled out his “finger gun” to supposedly shoot opposing batters as they came to the plate, and checked runners on first by looking through his legs.

In Atlanta, Perez famously arrived for a game he was supposed to pitch after the game started. He had gotten lost driving on I-285 and didn’t know which exit to take for Fulton County Stadium.

Perez died in 2012 from a vicious beating he took in a Dominican hotel.

Donnie Moore was outstanding in relief for the R-Braves in 1982 and 1983. That was a springboard to the big leagues where he became the ninth-inning closer for a series of teams. 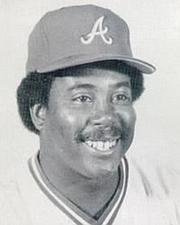 He was enjoying his best season in 1986 with the California Angels, with 21 saves. It didn’t end well, however. With the Angels leading Boston in AL finals, 3 games to 1, Moore was called from the bullpen to nail down the victory and send California to the World Series.

He couldn’t hold the lead. Dave Henderson ripped a home run for Boston and the Red Sox went on to win the game, and go to the Series.

Juan Eichelberger deserves mention for his fastball, his name and his brains (a Cal-Berkely grad). 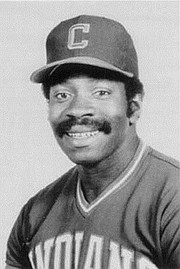 The powerful right-hander from St. Louis played with the R-Braves in parts of the 1985, 1986, 1987 and 1988 seasons. Before radar guns were used to gauge a pitcher’s speed, the pop of the mitt served that need. Few popped a mitt any louder than Eichelberger.

As for his name, Juan sounds Hispanic and Eichelberger, German. Asked about it, he once told a Richmond sports reporter “people don’t know what to think.”

Before coming to Richmond, Eichelberger threw a one-hitter for San Diego against the Chicago Cubs in 1982.

Putting his education and baseball knowledge to work, Eichelberger is the founder and director of the Baseball Science training program in San Diego.

Making Richmond’s All-Nickname team is southpaw Johnny “Blue Moon” Odom, who pitched for the Braves in 1976 on the downside of his career. He retired in 1977. 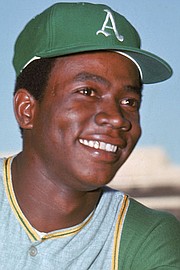 Few hurlers came to the Boulevard with a much glossier resume. Odom had been a two-time All-Star and was part of the three World Series champions in Oakland.

But why “Blue Moon?” It seems that in third grade in Macon, Ga. a classmate said his face resembled the moon. The nickname stuck.