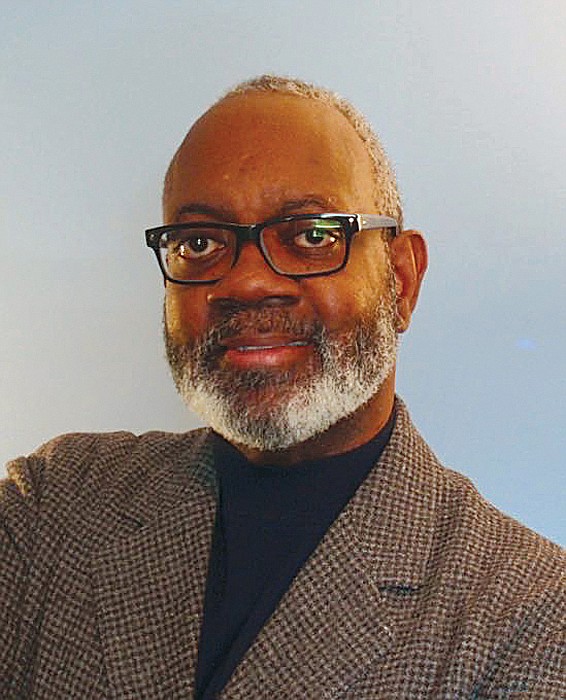 From his earliest days to his twilight years, Charles H. Taylor III was a person of excellence and compassion for those who knew, worked with and loved him.

A freelance writer, journalist and community leader with decades of accomplishments and many accolades, Mr. Taylor passed away unexpectedly from a pulmonary embolism, possibly COVID related, last Friday, Jan. 6, 2023. While the exact nature of his death is still being investigated, the impact of Mr. Taylor’s life has been clear in the days since his passing was announced, as friends, colleagues and family have celebrated his compassion, intelligence, humor and warmth.

“Gosh, what can I say about nearly 22 years of constant, witty banter and deep conversations about every aspect of life and humanity,” said Jim Bogden, Mr. Taylor’s spouse. “We shared the same values and saw the world through the same set of lenses.”

Mr. Taylor was born Jan. 16, 1952, in Portsmouth. As a student in the Portsmouth Public School system, he graduated from I.C. Norcom High School in 1970 as class salutatorian.

Within the same year as his high school graduation, Mr. Taylor began attending the Massachusetts Institute of Technology, where he spent three years. He later earned a bachelor’s in organizational management at the former Saint Paul’s College in Lawrenceville.

To his family, Mr. Taylor was known as the family photographer, using his talents to take pictures before cell phones became common, earning him the nickname “Uncle Cheese.” From gifts of decorative Easter Eggs to frequent visits, he was always a welcome presence in their lives.

“He loved to visit family and shower the grandnieces with gifts from his travels,” said Barbara Taylor Spruill, one of Mr. Taylor’s sisters. “There was always excitement when he came to town.”

Before those jobs, Mr. Taylor also worked for a short while in radio and as a reporter for Richmond Newspapers Inc.

His career saw him serve as a public representative, leader, collaborator and teacher for many, and the relationships formed and lessons learned continue to this day.

“He was someone that I could just throw any kind of topic at him and trust that he would be able to report on it.” said Beverly Schlotterbeck, who worked with Mr. Taylor for 11 years as the editor of the County News publication for NACo.

“He was an anchor for me, and for the paper.”

Outside his professional career, Mr. Taylor took on a number of community roles and activities that aided the public welfare and fit with his personal interests. He was a member of the Social Action for Racial Justice Committee in Chestertown, had traveled to Cuba, England, Malta and Paris throughout his life, and performed square dancing recreationally and for several years with the D.C. Lambda Squares.

An avid fan of opera and the symphony, Mr. Taylor was serving on the National Music Festival board of directors as its chair at the time of his death, having previously served as its vice chair. He also had roles on the boards of the Kent Cultural Alliance, the Sultana Education Foundation and the Mid-Shore Community Foundation. He also was part of the CLAIR Fellowship Exchange program for the Tottori Prefecture and Tokyo in 2009. He also was a past president of the Hampton Roads Black Media Professionals, an affiliate chapter of the National Association of Black Journalists.

“Charles, you were a great friend and leader—one of the sweetest, kindest, most thoughtful persons it has been my privilege to know,” NMF Artistic Director Richard Rosenberg wrote in a social media post. “Thank you for being a part of our lives and for lending your generous support to NMF. You will be forever remembered.”

Mr. Taylor had ended his retirement last year to work with the Richmond Free Press as a freelance reporter and editor. Bonnie Newman Davis, Free Press managing editor, said she’d known Mr. Taylor for more than 30 years, having previously worked with him at another Richmond newspaper.

“I was thrilled when Charles called to ask ‘How may I help?’” she said. “His first story for us chronicled a Richmonder who last year climbed Mount Kilimanjaro, Africa’s tallest mountain at 19,341 feet. When the Free Press was approached about writing the article, I instinctively knew that the story had Charles’ name all over it. He wrote an excellent story!

“I am devastated that Charles is no longer with us, but I am at peace knowing that his body of work and legacy will be with us forever.”

According to Mr. Bogden, more than 200 people plan to celebrate Mr. Taylor’s memory in Portsmouth and Chestertown in coming weeks, as funeral plans continue to solidify. The outpouring of love and support in the wake of his death is proof that, whether he was Uncle Cheese for his family, Mr. Safire for some of his co-workers, Charlie-Bear for his spouse or simply Charles Taylor, his life and work affected many for the better.

“Of course, I knew how special a person he was,” Mr. Bogden said, “but I am surprised and gratified how widely he was loved by so many people.”