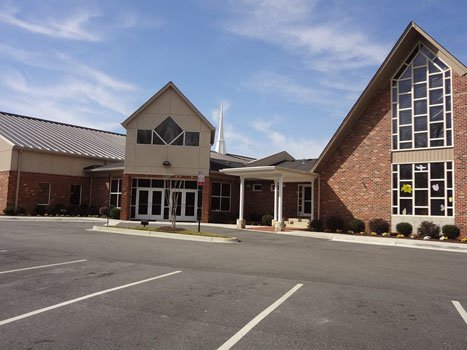 The building that housed the bankrupt Richmond Christian Center is going to remain a worship center.

A fast-growing Eastern Henrico church was the highest bidder for the RCC’s sanctuary and other properties on South Side when the auction ended Nov. 20.

The sale included the sanctuary, located in a former car dealership; several out buildings that were turned into a gym and school; three parking lots; a storage building; various vacant lots fronting Cowardin Avenue; and a single-family home in the 3000 block of Stockton Street.

The sale still needs the approval of the U.S. Bankruptcy Court in Richmond; a hearing is set for Wednesday, Dec. 3. Dr. Bradley’s bid fell $44,000 short of the $2.2 million total Judge Keith L. Phillips set as the minimum acceptable bid, including the buyer’s premium. Motley’s Auction & Realty Group did not notify bidders that the court had set a minimum.

At this point, RCC remains in possession of the property and can continue to hold services until there is a deed transfer, officials said.

Pastor Stephen A. Parson Sr., the founder and senior minister of the RCC, did not attend

the auction, but said afterward that he has “arranged refinancing and will be able to keep the property.”

He said he would be in court Dec. 3 to tell the judge that RCC can pay off the Missouri lender, Foundation Capital Resources, which forced his church into bankruptcy.

Others close to the bankruptcy said Pastor Parson has made that refinancing claim before, but to date has never produced any documents to back it up.

Pastor Parson blamed the lender for his church’s problems. He said RCC paid off half the

$4.4 million loan it received from FCR by selling off a former theater it owned in Chesterfield County to another church. He said FCR then refused to keep its promise to cut the payment on the $2.1 million balance from $30,000 a month to an affordable $13,000 a month, creating the default and ultimately the bankruptcy.

Dr. Bradley has secured financing and would be prepared to close on the purchase within 30 days, according to his representatives.

Dr. Bradley said he sought the RCC property because his church’s growth is creating a need for more space. Also, the property is more centrally located for many of the congregants who now travel to Mountain of Blessings’ sanctuary at 4700 Oakley’s Lane near Richmond International Airport. The church has been at the 5.5-acre site since 2005.

“About 40 percent of our members come from South Side,” Dr. Bradley said.

He could not say when Mountain of Blessings might begin holding services at RCC. He said once the purchase is complete, the focus would switch to planning for a renovation to upgrade the look.

“We want it to resemble our current sanctuary,” he said.

The pastors tell similar stories about the rise of their churches. Both churches started in the home of each pastor with a handful of followers — Pastor Parson in 1983 and Dr. Bradley in 1998.

And both churches experienced explosive growth, fueled by an impressive outreach program.

The RCC once claimed more than 2,000 members and played a big role in the community, including building and renovating homes and finding people jobs. Mountain of Blessings now operates a refuge for homeless men and reaches out to the poor with Thanksgiving and Christmas gift programs.

However, in recent years, the two churches definitely have gone in different directions.

Mountain of Blessings is growing, while RCC has fewer members.