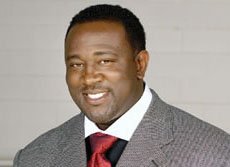 Coach Joel Hopkins led Shaw University to basketball glory once before. Now the CIAA school in Raleigh, N.C., is hopeful he can do it again.

Coach Hopkins was selected NCAA Division II National Coach of the Year in 2002.

His squads showcased guard Flip Murray, who went on to have an impressive NBA career.

After resigning at Shaw in 2002, Coach Hopkins entered the private business sector and has not coached during that time.