N.C. A&T bows to UR in NCAA football playoff 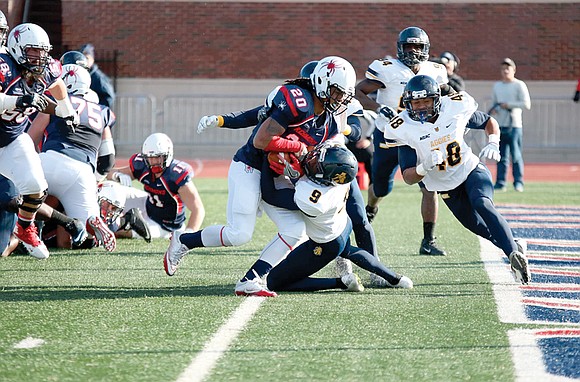 This football season’s conclusion was more like a dreaded visit to the dentist.

Finishing 9-3, the Aggies lost 39-10 to the University of Richmond last Saturday in the opening round of the NCAA-FCS playoffs at Robins Stadium. 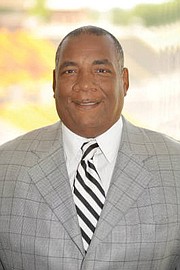 UR dominated with 491 yards total offense compared to the Aggies’ 226 yards. The Spiders advance to play the University of North Dakota on Saturday, Dec. 3, in Grand Forks, N.D.

“It’s sad it ended like this because we had high expectations,” A&T Coach Rod Broadway said at postgame news conference.

“Nine wins is outstanding by anyone’s standard, but this is not what we wanted. We wanted better.”

On the other hand, MEAC teams now have lost 19 straight games in NCAA-FCS playoffs. Two years ago, the University of Richmond drubbed Morgan State University in a similar setting.

“We expected to win our conference and go back to the Celebration Bowl,” said junior offensive tackle Marquis Ragland. “This is heartbreaking.”

A&T fans had little to cheer about when the game against UR took place two days after Thanksgiving before a crowd of 3,281 on the UR campus and an internet TV hookup on ESPN3.

By contrast, last year’s Celebration Bowl drew 35,528 fans, plus an ABC-TV audience, and included a battle of the bands and two days of festivities leading up to the game. Unofficially, it is considered the HBCU National Championship Game. Conferences are awarded $1 million each.

An Aggies bright spot on a dreary day was senior scatback Tarik Cohen, who rushed for 70 yards, breaking his own single-season rushing record of 1,588 yards. The 5-foot-6 Cohen, who was MVP of last year’s Celebration Bowl, finishes with MEAC career records of 5,619 yards rushing and 59 touchdowns.