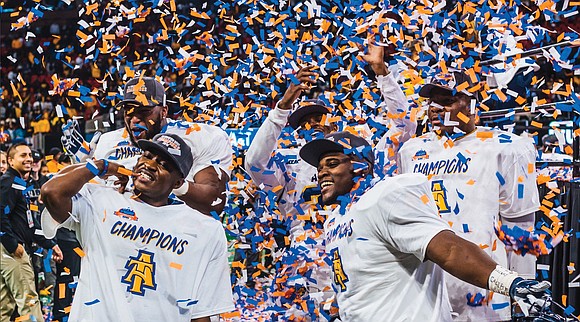 The crown for black college football will rest with North Carolina A&T State University in Greensboro, N.C., at least until December 2019.

For the second straight year and the third time in four years, the Aggies have claimed the de facto HBUC football title, this time with a 24-22 win last Saturday over Alcorn State University of Mississippi in the Air Force Reserve Celebration Bowl.

The game was played before a crowd of 31,672 fans and supporters at Mercedes-Benz Stadium in Atlanta and before a national television audience on the ABC network.

MEAC and SWAC officials decided to send their championship teams to the Celebration Bowl rather than contend for the NCAA FCS playoff honors.

Malik Wilson returned a kickoff 79 yards for another Aggies touchdown, while safety Richie Kettles was named the game’s defensive MVP with nine tackles, including four for losses.